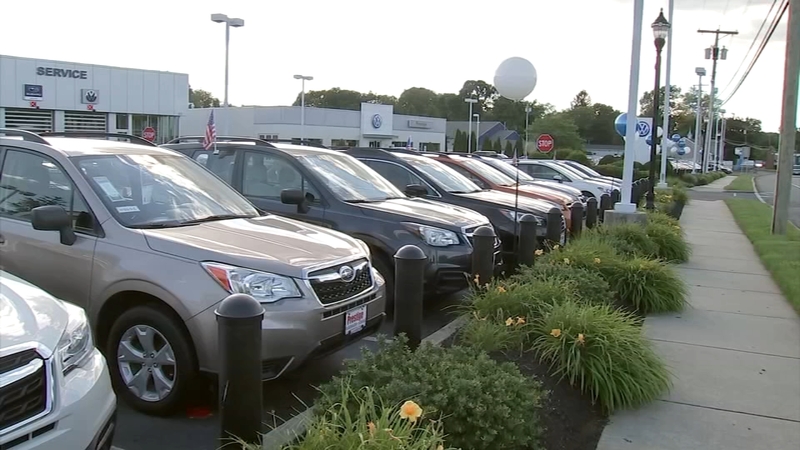 The shortage is impacting many dealerships across the tri-state area due to the lack of new cars to show.

Guzman says the dealership gets between 60 to 80 new cars a month from the manufacturer. Now, it's down to 20-40 cars a month.

It has forced him to do something they've never done before.

"I'm forced to put used cars in the showroom to fill it up," said Guzman.

Because of the chip shortage, used cars have turned out to be a very hot commodity.

Some dealers have been offering thousands to buy them back from customers so they can have something to re-sell.

"They did offer my brother-in-law $10,000 more to buy his truck back, and he said, 'No,'" said Stephanie Pressman of Cherry Hill Auto Sales.

Pressman says normally they have 60-75 used cars in their lots.

Now, they average about 20. The cars they typically would sell had ten to 30,000 miles on them, but now, Pressman says that has changed.

According to the latest data from Carfax, the overall average list prices on new vehicles are up 25% from a year ago. But trucks are even higher, a whopping 44% higher than a year ago.

"Being a salesperson, I want to say, 'Come in, and we'll still help you with a car,' but if you're looking for a great deal, order the car or wait until the inventory gets a little better," said Guzman.

Right now, Guzman says they are selling from the pipeline of vehicles they get from the factory.

Half of their inventory for July is already sold before it even arrived.

He says things are expecting to get better in August, but it's not going to be back to normal for some time.