It's widely known that the DeLorean is the iconic vessel for time travel in the Back to the Future movies, but behind one of the most iconic automobiles in cinematic history is a real sports car that still has a loyal following today.

Wednesday marks the day the film's characters visited when they went to the then-future in the second installment of the franchise. The film begins when Doc shows up, moments after the end of the adventure in the first movie, and implores Marty to come "back" to the future with him. As they hop in the time machine, Doc explains, "Where we're going, we don't need roads."

Here are five fun facts you didn't know about the DeLorean DMC-12:

There are 6,000 DeLoreans in the world

The classic sports car has a loyal following among car enthusiasts, with 6,000 of the cars still in existence, according to the Doloreon Owners Association. You don't have to be an owner to join, though, just an enthusiast. And yes, they are excited about the holiday.

It was only produced for two years

It turns out the car was already a collector's item when the first Back to the Future movie came out in 1985. Named for car designer John DeLorean, the official DeLorean DMC-12 was only in production from 1981-1982. According to the DeLorean Musuem, this short lifespan was due to John DeLorean's arrest on drug charges for which he would be found not guilty -- but only after it was too late for the factory to reopen.

Yes, you can buy one

The DeLorean Motor Company still sells the car, with many models listed on its website for just $45,000. The time machine replica might set you back a bit more, though. One was sold this week on eBay for $88,000.

You can rent the time machine DeLorean for events

Does it feel like you're seeing the DeLorean everywhere in the midst of Back to the Future Day celebrations? One even pulled into the Live with Kelly and Michael studios for Michael J. Fox's appearance on the show Wednesday. 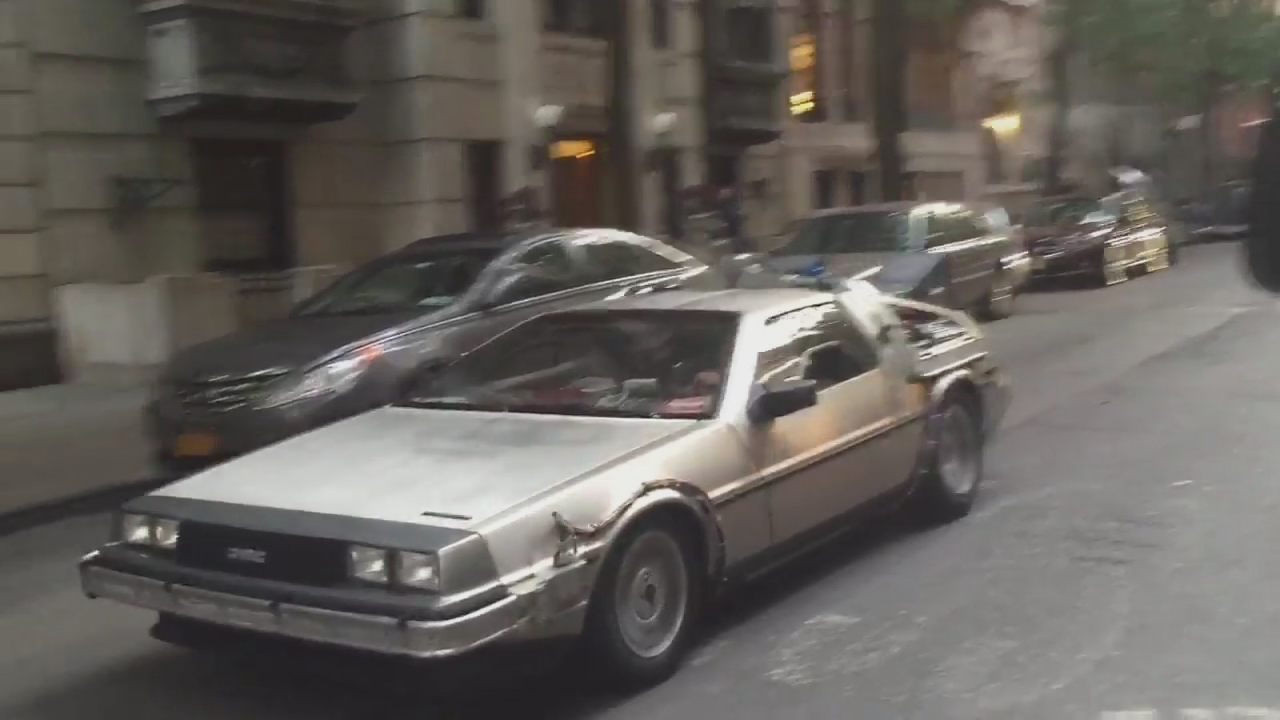 If the car seems prolific, that may be because the car keeps busy with public appearances, which can be arranged through the DeLorean Motor Company itself.

What happened to the actual cars used in the movies?

Filmmakers used six DeLorean DMC-12s and plus one fiberglass replica during filming, according to the movie's website. Of those, only three are known to still be in existence: two at Universal Theme Parks and one privately owned.