"It would be great if Ben would come back and play, but I don't really buy that he's going to," said fan Mark Yocum.
WPVI 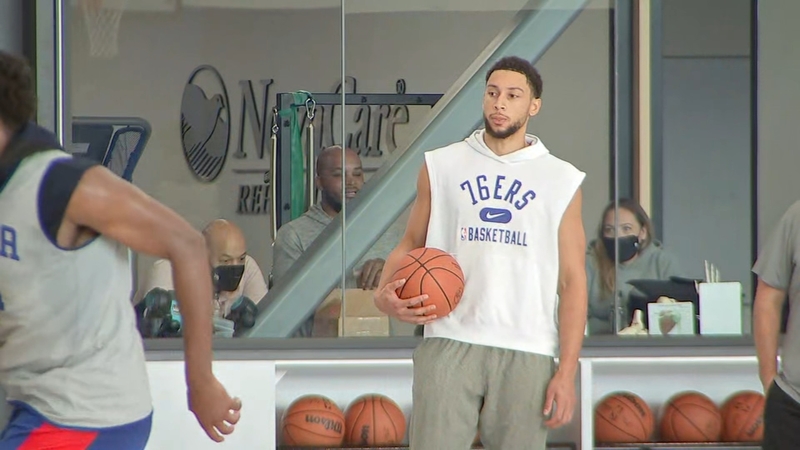 PHILADELPHIA (WPVI) -- With the NBA trade deadline looming, the big question among many Sixers fans is: what's going to happen to Ben Simmons?

"It would be great if Ben would come back and play, but I don't really think that he's going to," said Mark Yocum.

The latest buzz in the Ben Simmons saga centers on talks he could be traded for Brooklyn Nets star James Harden.

"With Harden on our side, there's not a team in the East that could stop us," said Richard Watson.

Though there are some analysts who believe the blockbuster deal could ultimately spell trouble for Philadelphia, giving the Nets a potential star boost that could prove problematic.

"It's kind of the risk you have to take," said Brian Brown.

If Simmons were to stay in Philadelphia, fans say it wouldn't likely be to open arms since word of his trade demand went public.

Steve Nash breaks down why the Nets won't entertain any trade offers for James Harden.

Many fans were also not quick to forget his actions in the season-ending Game 7 against the Atlanta Hawks when Simmons passed up an open dunk in the last four minutes of the game.

"Yeah, I think it's going to be a rough road to start if he decided to play. But if he played well, and guys like Joel, Tobias, Doc Rivers asked to have his back, I think the fans would ultimately come around. But Ben has some work to do to earn that back," said Yocum.

One way or the other, Philadelphia will get some level of clarity Thursday, when the NBA's 3 p.m. trade deadline passes.