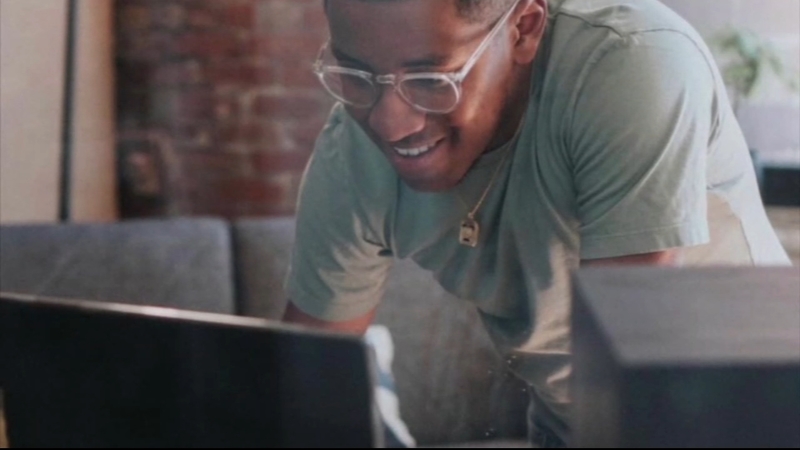 PHILADELPHIA (WPVI) -- Benjamin Thomas never expected during a year filled with so much economic uncertainty, that he'd be a step closer to winning a Grammy.

A dream while at Temple University, quickly shaped into reality for the 24-year-old.

"I did not think this would be possible this soon. That's why my first reaction was shock. I didn't see it coming," said Thomas.

The category, best country music album for an album titled 'Lady Like' by Ingrid Andress.

Thomas worked as a mixing engineer on half of her album.

A role he says was small but described audio engineering as a science.

"It's about making sure the song sounds the way it's supposed to. Your ear gets trained after a while," he said. "I can hear things that most people don't hear. So I can hear the difference between if something goes up in volume one decibel."

His mother, Gloria, said, "I'm jumping up and down inside. I'm so proud!"

While Thomas is in Atlanta, Georgia, for work this week, Gloria Thomas spoke to us from inside his Kensington studio that just opened in the Fall at the height of the pandemic.

"He comes from having a studio in the basement of our house, to not just having a studio, but being able to employ people to work in the studio," she said.

"That means more than any award, any Grammy or plaque," Thomas said. "To know that I can help my friends and help them with their careers."