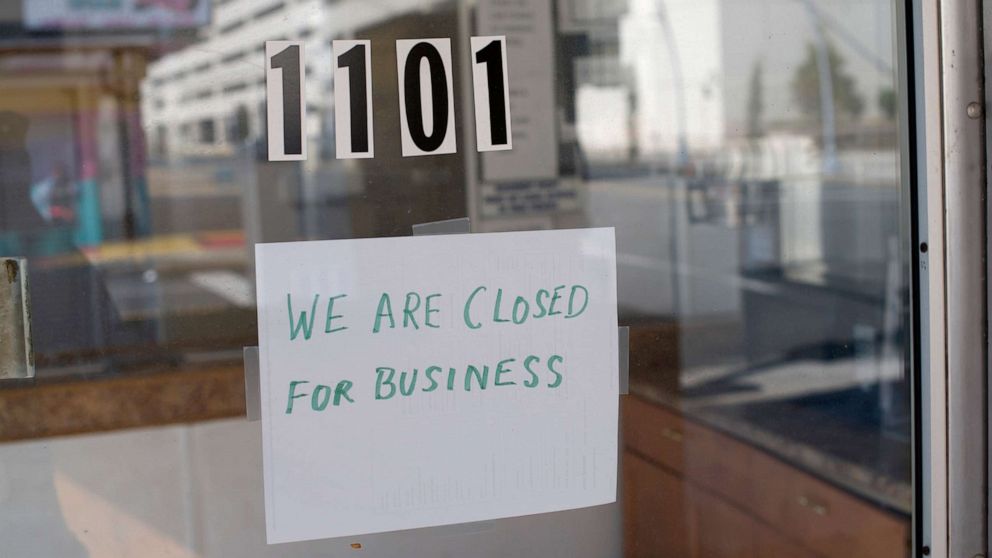 A bipartisan group of senators introduced a measure on Thursday that would double the number of weeks small business owners have to spend their federally backed loans from the Paycheck Protection Program, a crucial change designed to help borrowers who have not yet been able to reopen their businesses or are slowly reopening with coronavirus pandemic mitigation constraints.

Under current law, PPP loan recipients have eight weeks from the time the funds land in their bank accounts to spend 75% on payroll and 25% on overhead expenses, like rent and utilities, but many business owners have been unable to hire back staff for a number of reasons -- from stay-at-home orders still in place to high unemployment checks.

The legislation -- authored by Senate Small Business Committee Chairman Marco Rubio, R-Fla., his panel counterpart Ben Cardin, D-Md., along with Sens. Susan Collins, R-Maine, and Jeanne Shaheen, D-N.H. -- would extend the loan period to 16 weeks and move the deadline to apply for a PPP loan from June 30 to Dec. 31.

"The PPP is the single most critical stimulus program protecting Main Street America from the economic devastation of the measures taken to control the spread of COVID-19. The bill that we are introducing today strengthens the PPP to reflect the evolving nature of this pandemic," Collins said in a floor speech.

"We are hearing of course now from a lot of small businesses who got PPP loans, but are saying to us that they can't spend all the money on payroll -- 75% of the money on payroll -- within eight weeks," Rubio said in an online video message. "They need 12 weeks or 16 weeks because they are just starting to reopen now because there are different rules in different places."

Pilar Guzman owns Half Moon Empanadas, a nontraditional "grab-and-go" business with 13 locations around Miami, including in the airport, the University of Miami and the convention center. All of her locations have been shuttered since mid-March when the pandemic hit, with the city just entering phase one of reopening this weekend.

Guzman does not know when she will reopen or be back at full steam, particularly as her business depends largely on tourism, which is at a record low, and with the convention center currently being used as a COVID-19 hospital.

"Right now, everything is closed except my kitchen. The airport is a ghost town," Guzman said in a phone interview. "For my business, and I think for most businesses, especially my industry, I'm closed right now. I have some work. I will be opening the airport hopefully in June. I will be opening the university location hopefully in August, but who knows about that. They are doing a lot of online classes. If the Congress extends the [loan] time, then we will be able to make more use of that money."

Guzman applied for a PPP loan on the first day the program started and received funds from U.S. Century Bank in roughly 14 days. She said the federal lifeline helped her keep her salaried employees paid, though she was forced to let her hourly workers go.

"Extending the PPP loan period is extremely critical," said Rebecca Shi, executive director of the American Business Immigration Coalition, which is helping small business owners get PPP loans. "A 16- to 24-week extension is a big deal for small businesses that may otherwise be unable to bounce back before the existing eight-week forgiveness period is up."

Recipients of PPP loans must apply to have the federal government forgive their loan at the end of the loan period, and in order for that to happen, they must meet the requirements for how the money is spent. Many in the restaurant and hospitality industry have been pleading with Congress to allow more to be spent on operating expenses, some even asking for a further bailout, but it's unclear what more will happen as lawmakers have increasingly retreated to their partisan corners.

The bipartisan Senate bill introduced Thursday would also allow business owners to use the loan funds to buy personal protective equipment for staff and to pay for virus mitigation measures to comply with public health guidelines, like sneeze guards, ventilation system upgrades and even outdoor patios. These would be considered allowable overhead expenses as borrowers seek to have the loans forgiven.

Senate leaders had hoped to pass the bill Thursday, but they were unable to get the agreement of all 100 members when they employed a procedural tool to try to clear the legislation without a roll call vote. It was unclear what the objections were nor from whom they came, but since the chamber is now on a week-long recess in honor of Memorial Day, no quick action is expected, according to Senate aides.

Still, it is clear the measure has wide, bipartisan support, and the House is poised to pass a measure next week to extend the loan period to 24 weeks. It would be up to Senate Majority Leader Mitch McConnell to take that measure up.

Earlier this week, President Donald Trump -- perhaps unwittingly -- expressed support for the extension that the House is expected to approve and even suggested a longer term.

At a White House event with restaurant owners, Marvin Irby, the interim CEO of the National Restaurant Association, lobbied the president to extend the loan period.

"Mr. President, the Payroll Protection Program will be a godsend if we can make one change. If we could extend the time ... that we have to spend the proceeds. In too many communities today, the eight-week period is simply not enough time," Irby said.

"So how much? How much time do you want?" the president asked, seeming to negotiate on live television.

"How about 30 weeks?" Trump then asked and even threw out the idea of 75 weeks. He ultimately settled on 24 weeks after multiple executives indicated that would be sufficient.

The small business rescue program was created by the $2 trillion CARES Act passed earlier this year, and was so popular that Congress had to replenish the $350 billion program with another $310 billion after the program ran dry in just two weeks.

Since its launch on April 3, this program has provided forgivable loans totaling more than $512 billion to approximately 4.4 million small employers across the country, according to the Small Business Administration, which administers the program. The average loan size has decreased from the initial round of PPP, when large companies like Ruth's Chris Steakhouse and the Los Angeles Lakers were able to secure funds using a loophole in the legislation. Many of those companies have since returned the loans. Since then, the Treasury Department has cracked down on eligibility and announced any business that receives a loan in excess of $2 million will be audited.

The program still has about $100 billion left, and two banking industry sources told ABC News that the reason is likely a fear that the money cannot be spent as the law intended -- to keep pre-pandemic payroll levels -- leaving borrowers with loans they cannot repay.

"Extending the eight-week period for small businesses to use their PPP funds would be beneficial as the coronavirus crisis has evolved significantly since the first relief measures were passed," said Dan Berger, president and CEO of the National Association of Federally-Insured Credit Unions. "Each small business has their own unique needs, and providing additional flexibility to use the funds over a longer period of time will help them and their employees get from crisis to recovery that much quicker."

For Guzman, the program has been a lifesaver, but her loan period is ending in mere weeks, so she says she needs Congress to act now.

"I think it was a great program," Guzman said. "I'm originally from Mexico. I've been here 20 years. This doesn't happen in Mexico. I'm so lucky, but we need to be smart about using the money in the best way possible."
Report a correction or typo
Related topics:
abc newsnational
Copyright © 2021 ABC News Internet Ventures.
More Videos
From CNN Newsource affiliates
TOP STORIES