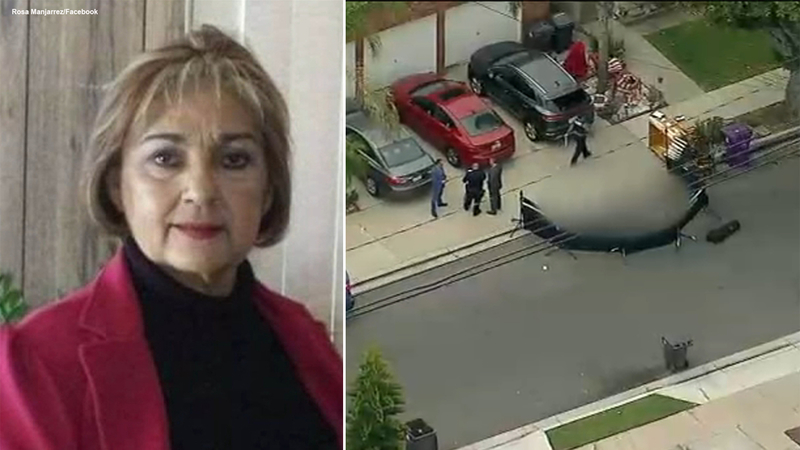 LONG BEACH, Calif. (WPVI) -- A suspect has been arrested and booked in the death of a woman who was beaten with a Bird scooter in California on Monday, police said.

The attack happened around 12:30 p.m. in the area of Obispo Avenue and 64th Street in Long Beach.

The woman was walking on the street when a man began attacking her, police said.

A bystander tried to intervene but at that point the suspect grabbed a Bird electric scooter from a nearby yard and continued beating the woman.

The suspect then fled the scene.

Paramedics arrived and pronounced the woman dead at the scene.

The victim was later identified as Rosa Elena Hernandez, 63, a resident of that Long Beach neighborhood. She was dropping off a gift at a relative's home when she was attacked by the suspect, who police say she did not know.

By 5 p.m., Long Beach police took a person of interest into custody at a Circle K in the area of Downey Avenue and Artesia Boulevard.

He was later arrested and booked for murder and was being held on $2 million bail. His name has not been released as police work to confirm his identity.

Monday night, shocked friends and family walked from Hernandez's home to where she was brutally attacked.