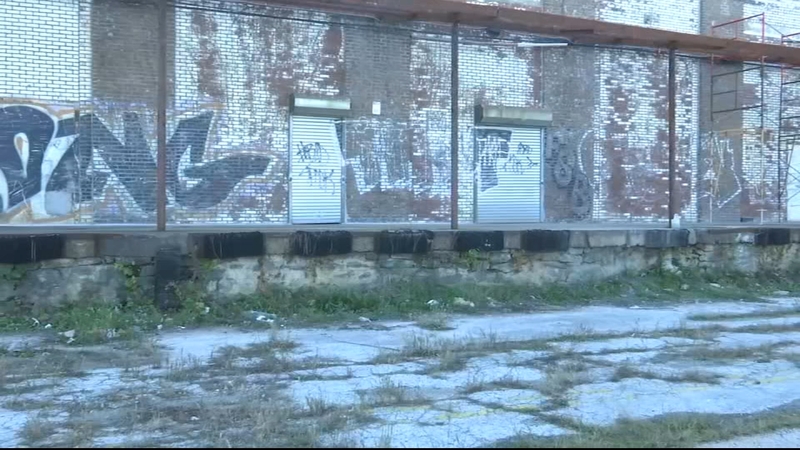 PHILADELPHIA (WPVI) -- On Friday, the community Grab and Go event hosted by the Family Practice and Network Counseling at Woodland Village Plaza in Southwest Philadelphia was a way to engage the community outside its clinic that's been closed since June due to looting.

"Today is a bright light in our neighborhood because we know they're going to be rebuilding," said Pennsylvania State Rep. Joanna McClinton.

The focus was on rebuilding and expansion. What looks like a vacant warehouse in the plaza will soon become the first of its kind birthing center in Philadelphia.

The birthing center will be based around a midwifery doula model, which has been five years in the works.

According to the CDC, Philadelphia reports a maternal mortality rate of 27.4 deaths per 100,000 live births, and African-American mothers are twice as likely to die within one year of childbirth in Philadelphia.

"A lot of women had died, and those deaths are hemorrhaging, just bleeding to death," said postpartum doula ChrisAnne Smith.

Pregnancy-related deaths in the country have tripled in the last 30 years, and African-American women are three to four times more likely to die from pregnancy or childbirth-related causes than white women.

Postpartum Doula Chrisanne Smith says this birthing center is one way to tackle the crisis.

"We have to be honest, there's a disparity in the way Black people are treated in this country, and it's a difficult conversation to have, but we have to have it," said Smith.

Now construction is set to begin for the birthing center in early 2021.

Another point healthcare providers bring up is often, doulas aren't covered under insurance, and so women can't afford to have one.