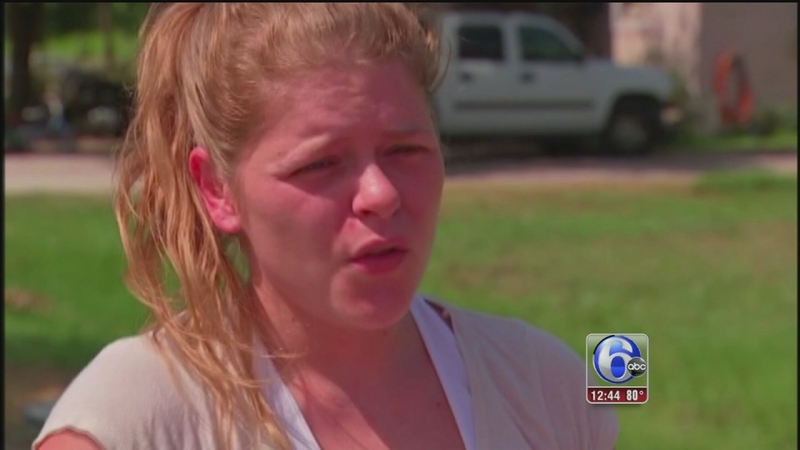 HOUSTON (WPVI) -- When Sandra Bland was arrested and placed in Cell 95 of the Waller County Jail, the first friendly voice she heard belonged to Alexandria Pyle, from across the hall.

"She was crying, and I could barely understand her," recalled Pyle, just released from jail herself Thursday. "I was like, 'It's OK, don't cry. It can't rain all the time, it will be alright.'"

Pyle was in jail for unpaid traffic tickets. She was in a cell with two other women, while Bland was alone across the hall. Over the next three days, the two women communicated through the rectangular opening of the jail cell doors.

"She, uh showed me scratches, bruises on her wrist and stuff, but we were talking through something this big," recalled Pyle, her hand making a rectangular gesture. "So I really couldn't see anything."

Pyle said Bland was eager to get out of jail as soon as her bond was set Saturday. She voiced her frustration that her friend LaVaughn Mosley, whom she had repeatedly called, never came to the jail to post bond.

"She said, 'He's not answering, it's going straight to voicemail. I don't know why, I don't know why. He said he's going to be here in an hour, and it's days later,'" Pyle said.

Then, Monday morning, Pyle realized something was wrong.

"I just asked the guards if everything was OK. And they just looked at me and went like this," she said, shaking her head.

Now, just released after 17 days behind bars, Pyle says she believes Bland killed herself with the trash bag inside her cell.