The students say win or lose, getting this far is a big win for an after school club that's been around for only four years.
WPVI
By Christie Ileto 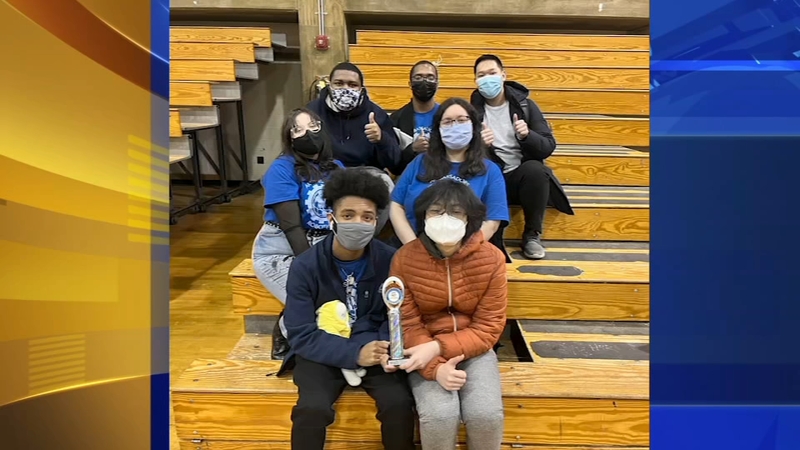 The students will represent the entire School District of Philadelphia in the tournament.

"This is a really big deal for our team. Our kids have been working really hard this year and this is the first time that we've won this award," said robotics coach Laura Williams.

That award is the Inspire Award and it's the most prestigious award that goes to the best all-around team for performance both in and out of the competition.

A few weeks ago, the students at William Bodine High school competed against 18 other teams in a qualifier match to advance to the First Tech state tournament.

For this year's tournament challenge, the robots have to pick up objects off the ground, put them into tiered containers and then put a rubber duck onto a spinning carousel.

"They designed the robot four times, took it apart completely and put it back together completely," said robotics coach David Fisher. "The robot's name is D4 because its design four that we're on."

The students say win or lose, getting this far is a big win for an after-school club that's been around for only four years and doesn't have all the resources that other schools do.

"We just want to have the experience and have as much fun as possible because that's what matters in the end -- spending quality time with the team," said senior Isaiah Sassin.