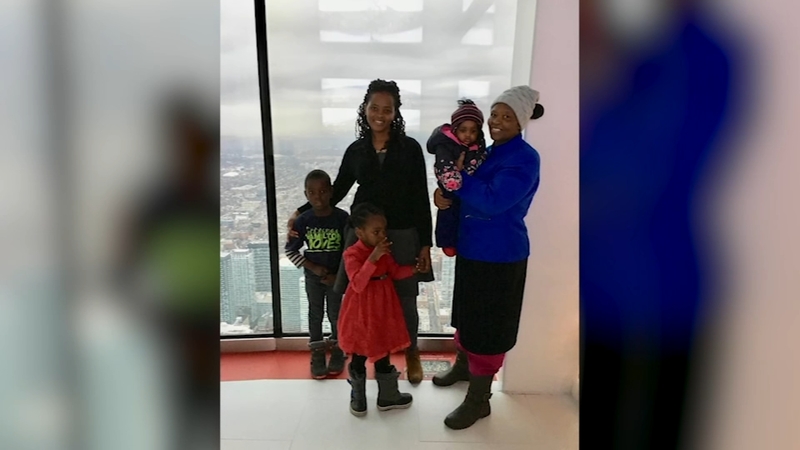 For the first time since the crashes, CEO Dennis Muilenburg took questions from reporters and shareholders since the planes crashed. He says the planes are safe, even flying in them recently.

Boeing's CEO said he thinks the newly-designed planes are so safe, he took two test flights himself.

"Safety has been and always will be our top priority and every one of our airplanes includes all of the safety features necessary for safe flight," Boeing CEO Dennis Muilenburg said.

A small group of people who lost loved ones after the Ethiopian Airlines 737 MAX 8 crash gathered outside the meeting. They said they want one thing to come out of this meeting: the truth.

"The answers lie inside Boeing. They know the truth and they really need to come clean and drop the pretense and admit their fault. And so far, they've denied that," said Tarek Milleron, who lost his niece in the crash.

After the investigation, it was learned that Boeing failed to train pilots about the new plane's standard safety feature. The planes were grounded, leading to a drop in Boeing's share earnings. Talk of the crashes were on the minds of many shareholders during the meeting.

Boeing said they have restructured the software and design, promising a change in the way the planes perform. Boeing's CEO said he thinks the newly-designed planes are so safe, he took two test flights himself.

"I have been on two MAX test flights already during the last three weeks. One, so I could get some hands-on experience with the new software and listen to our pilots while they're flying it, and two, to demonstrate our confidence," Muilenburg said.

Individual lawsuits and separate FAA claims were filed Monday on behalf of Canadian families who lost a total of 10 loved ones. They said they are seeking closure from Boeing and that their lives will never be the same.

Paul Njoroge lost all of his immediate family on March 10: his beloved wife, three young children and mother-in law were heading to Nairobi so that their 9-month-old daughter Rubi could meet her grandparents for the first time. They were all eager to get there, but never made it.

"Those six minutes will forever be embedded in my mind. I was not there to help them," Njoroge said.

In a press conference for Boeing shareholders, Muilenburg said that initial certification process for the 737 MAX was followed properly and was consistent with Boeing procedure, but he denied any software design flaw.

"I think what we've heard here today is that there is a lot of questions about the sincerity that Boeing has when he uses the words 'I'm sorry,'" attorney Frank M. Pitre said.

The Vaidya family saved for years to purchase the tickets for that Ethopian Airlines flight. They were taking a family vacation, a safari that they had all hoped they could share memories from for years to come. Now the family seeks justice, not compensation, saying they would still have their loved ones if the correct protocol had been taken.

"At the end of the day, if everything was followed, how could the crash have occurred?" said Manat Vaidya.

Although some shareholders expressed their disappointment, some said that they are ready to move on.

"These things do happen and Boeing is extending an extreme amount of time and money to correct it," shareholder John Attman said.