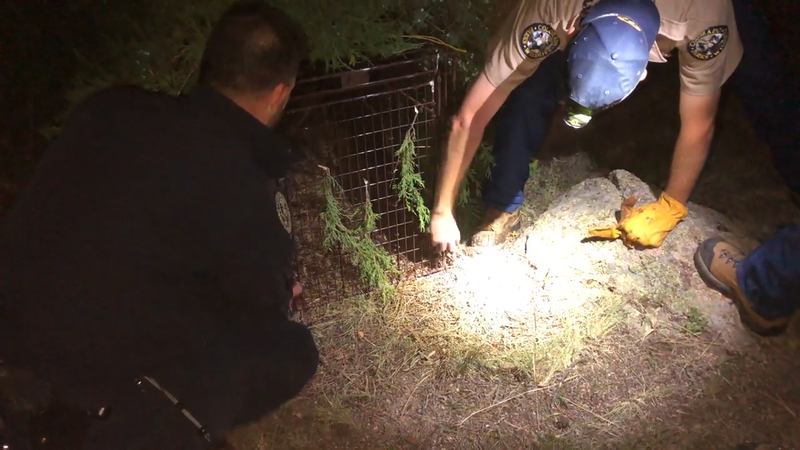 BAILEY, Colo. -- A mountain lion attacked and injured an 8-year-old boy outside his rural Colorado home, prompting state wildlife officials to set traps and use search dogs in an effort to find the lion.

Colorado Parks and Wildlife spokesman Jason Clay says the boy was bitten on the head at about 7:30 p.m. Wednesday in a rural subdivision near the small town of Bailey, southwest of Denver. The boy, whose identity was not released, was playing outside on a trampoline with his brother when the wild animal approached.

"The kid was running and it probably triggered the lion's natural response to a prey animal running," Mark Lamb, an area wildlife manager for Colorado Parks and Wildlife, said in a news release. "We all hope that the child will be alright and you just hate to see this occur."

The boy's brother alerted his father, who rushed outside to find the mountain lion on top of the 8-year-old. The animal ran off as the father approached, and the boys' father called 911.

The 8-year-old boy was hospitalized. The severity of his injuries was not made public.

Authorities began searching for the mountain lion, which they believe to be smaller, Wednesday night and plan to continue their search on Thursday. Colorado Parks and Wildlife policy dictates that any "wildlife attack on a human resulting in injury" must result in the animal being put down if it can be located.

It's the third attack by a mountain lion on a person in Colorado so far this year.