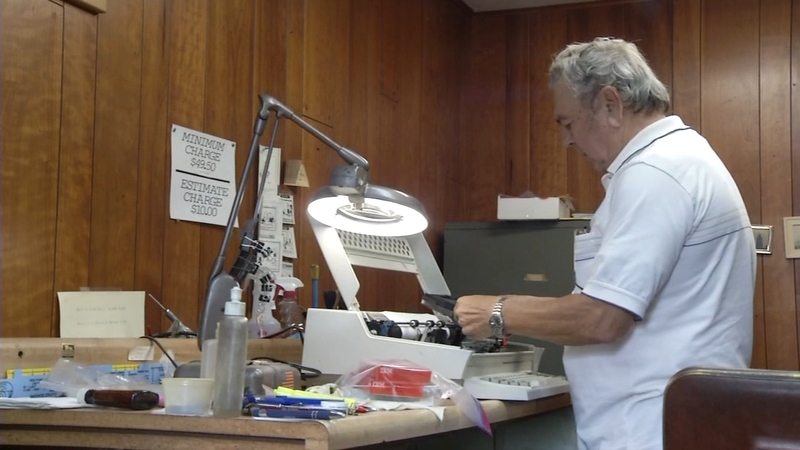 Eighty-one-year-old Alexander Rybak has spent his entire career working on typewriters in Wilmington.

He was getting ready to retire, with demand for typewriter repair slow and almost extinct when the Delaware New Journal featured his company, Eastern State Business Equipment Company on Philadelphia Pike.

They called him "the last typewriter repairman."

And then the phones went from silent to ringing off the hook.

People holding tight to their typewriters didn't know there was someone still fixing the old ones.

Ryback calls his career a calling, one that started back in 1955.

"I had typing class in school, and the person who repaired the typewriters for the high school said do I want to work for him and I did it after school. I enjoyed tinkering with the typewriters - that made up my mind. I enjoyed working and talking to people and going to places, never the same day," he said.

Ryback says advances in technology slowed down the need for his services but there's something sentimental and nostalgic that folks cling to.

"They like to hear the clack clack clack that you know that something's being printed somewhere in front of you," he added.

So now he's putting those retirement plans on hold.

The "last typewriter repairman" will now continue working on a week-to-week, month-to-month basis depending on what comes his way.