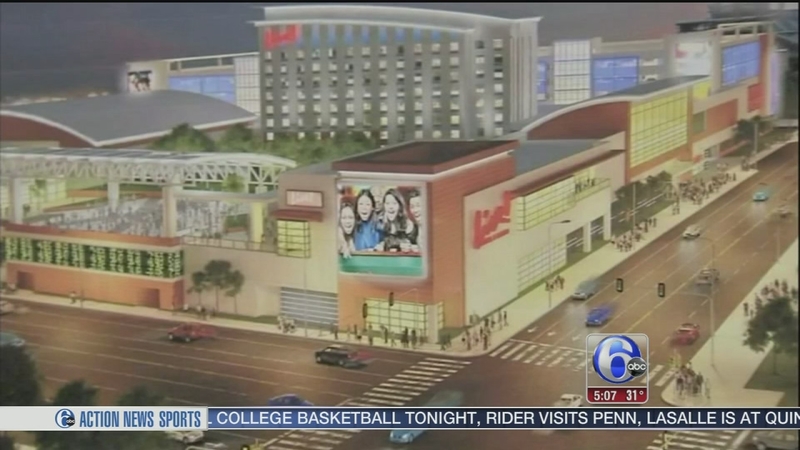 PHILADELPHIA -- The Philadelphia-area gambling market is set to get more competitive now that state regulators voted Tuesday to award a license to Live! Hotel & Casino, a joint venture of two Eastern seaboard casino operators to be built in the city's stadium district.

Live! won a four-way competition for the last casino license in eastern Pennsylvania, and the fifth in the Philadelphia region. It will be owned and operated by Cordish Cos. of Baltimore and Greenwood Gaming & Entertainment, of Bensalem, Pennsylvania.

The Pennsylvania Gaming Control Board members did not immediately explain their decision, although it expects to release an analysis shortly. In any case, a casino could take more than a year to build, even if the result is not challenged in court.

Bob Green, chairman of Greenwood Gaming & Entertainment, acknowledged fears from competitors that another casino would not draw new gamblers to the area's casinos, but rather steal from the ones already there.

"There will be some cannibalization, but I think the market will expand generally," Green told reporters after the half-hour gaming board hearing at the Pennsylvania Convention Center in Philadelphia. "We believe that there is a significant untapped source of revenue" in the south Philadelphia stadium district.

If all goes well with permits from the city, crews could break ground within eight months and open the facility in 15 to 18 months, Green said.

The $400 million Live! Hotel & Casino is expected to house 2,000 slot machines and 125 table games in 200,000 square feet of space, along with an adjoining hotel with 240 rooms and 2,500 parking spaces. It will be built on a lot that currently houses a Holiday Inn just a few hundred feet north of Citizens Bank Park, home of the Philadelphia Phillies, and a few hundred feet south of Interstate 76. The Holiday Inn will be renovated and incorporated into the casino project. The Cordish Cos. already operates XFinity Live! Entertainment complex on the other side of Citizens Bank Park.

It was not the most expensive project pitched to the gaming board. That was the $700 million French-themed Provence concept proposed by developer Bart Blatstein at the iconic former Philadelphia Inquirer and Daily News tower just north of downtown. Live! will have to pay the state nearly $75 million for the slot machine and table game licenses.

The decision comes amid casino closings in Atlantic City, increasing competition on the Eastern seaboard and worries that a new casino will siphon gamblers from competitors that can scarcely afford to lose them.

Pennsylvania, which rocketed into the second-biggest commercial casino state in a matter of a few years, is also feeling the effects of competition from other East Coast states. The state has opened 12 casinos since 2006, and there is license for one more available. The Philadelphia area alone has four casinos.

But some analysts say the Philadelphia-area market is either saturated already or coming close, and wagering at slot machines, the bread and butter of Pennsylvania's casinos, is on the decline for two straight years. This fiscal year may make it three in a row. Meanwhile, in nearby Atlantic City, four of the city's 12 casinos have shuttered this year and a fifth, Trump Taj Mahal Casino Resort, says it will close next month.