So far, 28 new businesses have announced plans to open this year, according to the Center City District
WPVI
By Corey Davis 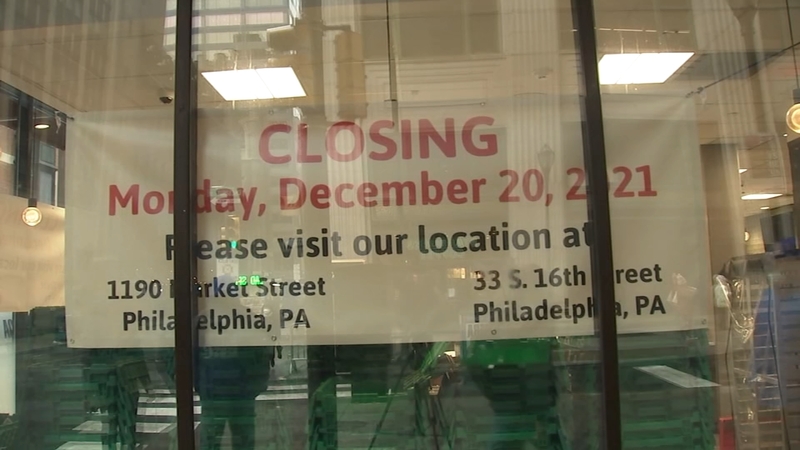 More than 2 dozen new businesses to open in Center City

In the most recent January report from the Center City District, between March 2020 and December 2021 Center City welcomed 125 new businesses.

So far, 28 new businesses have announced plans to open this year, according to CCD.

"Here's a simple analogy: If you're at the beach and it's low tide, it's an awful lot of stuff left on the beach and it doesn't look good initially," said Paul Levy, president of Center City District.

Over the last year and a half, the Center City District reports 195 businesses permanently shut down in Center City due in part to a large number of national closures and downsizing.

"People need to work and they need to have places they can come eat at," said customer Ronnie Thomas.

The Walgreens at Broad and Chestnut will soon close its doors at the end of the month.

The AC Moore across the street closed right before the pandemic.

The old Banana Republic a block away is now becoming a bank, helping to bring cash flow back into the area.

Levy said the tide is turning.

The University of the Arts is now in the space that was once a Wawa at Broad and Walnut streets, but a nearby location at Chestnut and 13th streets remains closed.

"They closed my store. That's my Wawa that I go to," said former customer Molly Walsh. "I wish that they do build something like that with grocery options."

Levy said their survey of major firms shows that employees will be coming back.