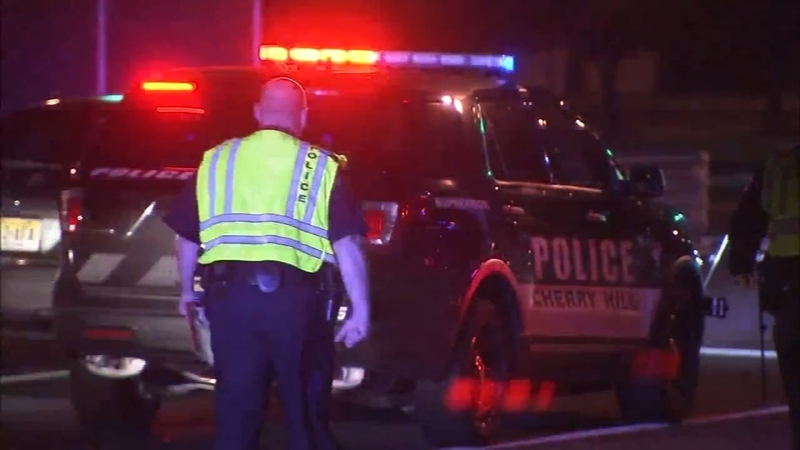 CHERRY HILL, New Jersey (WPVI) -- There have been two pedestrians hit along Route 38 in Cherry Hill, New Jersey in two days. In the crash early Friday morning, the victim died.

The driver took off but left a piece of the striking vehicle behind.

"Oh, we're going to find you. And it's much much better to turn yourself in," said Cherry Hill Police Chief William Monaghan to the driver who hit a man crossing Route 38 at Chestnut Street.

At 4:45 a.m. Friday, the Cherry Hill resident was killed instantly walking to his home. He made it across three eastbound lanes and two westbound lanes.


He was just feet from safety on the sidewalk.

At that intersection, the traffic light is always green for cars unless a pedestrian presses a button to change the signal.

"He absolutely did everything that he was supposed to do. We have confirmation that the signal was red. We have video from an office building in the area," said Chief Monaghan.

That video also shows the dark-colored car strike the man as it plowed through the red light.

Don Becker refers to himself as a "walker" and says Route 38 can be especially dangerous. But hearing the driver never stopped was disheartening.

"I don't know how someone could do that, not pull over 911 call for help. It's absolutely horrible," said Becker.

Cherry Hill police are asking the public for help in identifying the driver of the dark sedan which will have front end damage and a missing piece of the bumper.