The drivers got out of their trucks and started fighting, and then things turned really violent.
WPVI
By Beccah Hendrickson 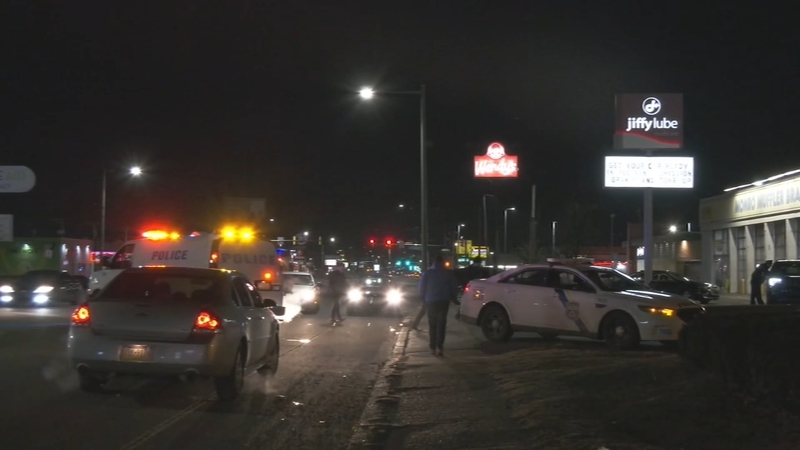 PHILADELPHIA (WPVI) -- Philadelphia police are looking for a tow truck driver who shot a 3-year-old boy in the city's Port Richmond neighborhood on Sunday morning.

Police say one of the drivers pulled out a gun and began shooting.

One of the bullets hit a toddler who was sitting inside the tow truck.

"Three bullets went through the door, a child was struck in the leg," said Philadelphia Police Captain John Walker.

The shooting happened on the 3600 block of Aramingo Avenue, a busy shopping district where tow truck drivers often sit overnight.

"We know this is a place that frequents drag racing and people watching those events. There's usually tow trucks that sit in this Jiffy Lube," said Walker.

Investigators say the shooter fled the scene in a black, unmarked truck with tinted windows and a tow hitch underneath.

The child was taken to Episcopal Hospital and then transferred to St. Christopher's where he is listed in stable condition.

"It's a sad world we live in," said Hector Ponce from Hunting Park.

Philadelphia's controller office says 15 children under the age of 18 have been shot so far in 2022.

"Philadelphia has a lot of problems here, that's why I moved to Chester," said Efrin Ramirez, who moved his family from North Philadelphia because of city violence.

There is a surveillance camera at the Jiffy Lube that may have caught the fight and shooting.