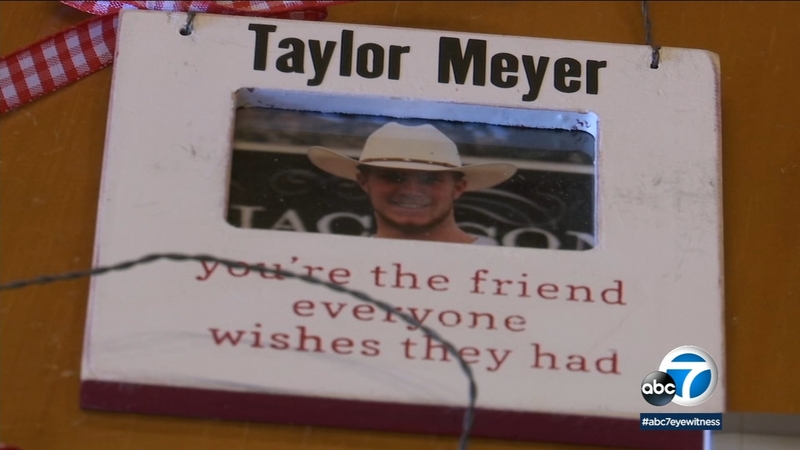 CLAREMONT, Calif. -- A Claremont couple whose son was murdered while vacationing in Mexico wants the State Department to take action. They say it's time to raise the travel advisory level to show that popular tourist spot Playa del Carmen is dangerous.

It's been three months since Taylor Meyer was brutally murdered while on vacation with friends in Mexico.

"It's been tough. He was so lively. When you have three vigils, it gives you an idea...the friend group. I mean, everywhere he went, he's known for the smile and laughter," said parents Kris and Krista Meyer.

Now, Kris and Krista Meyer say they believe Mexican authorities have tried to cover up the crime.

"We believe that the Mexican tourism bureau is very protective of the tourism there. They do not want anything bad to be said about Mexico," Kris said.

Taylor's parents were concerned about the trip but say their son quoted the state department's overall travel advisory for Mexico, a level two, which is the same as parts of Europe.

"Part of the argument with him was, he says, 'Mom and dad, you guys just got back from Europe.' We were in Germany and Italy, and he says, 'The State Department ranks Germany and Italy the same. You were safe there. I'll be safe in Mexico,'" Kris recalled.

Shortly after Taylor's murder, Mexican authorities said they had made an arrest.

The local tourism board says millions of tourists travel to the area every year and that the country does everything it can to ensure their safety. But the Meyers say reports of an arrest are murky. It's unclear to them whether the right person is in custody.

They've now written members of Congress and the State Department, hoping to change Playa Del Carmen's travel advisory level, which advises caution. There are parts of Mexico where travel is not recommended.