This loss has left a mark on the entire community, as many delivered balloons and gifts to show their support.
WPVI
By 6abc Digital Staff and Alyana Gomez 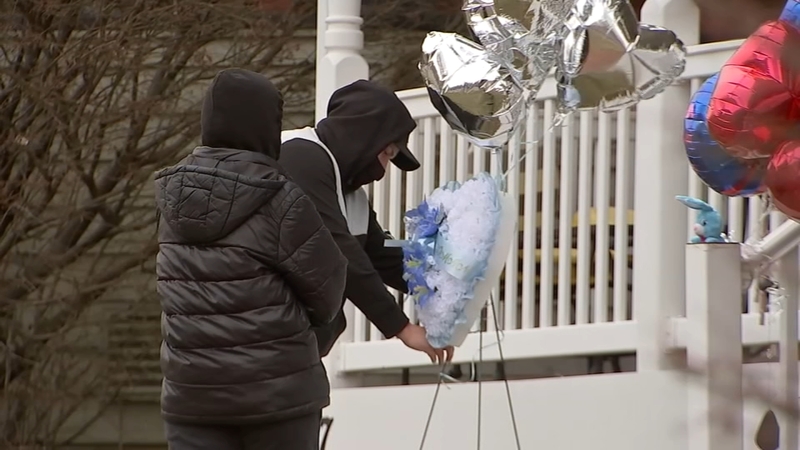 COATESVILLE, Pennsylvania (WPVI) -- A Chester County family is left heartbroken after a 4-year-old boy was shot and killed in what friends are calling a tragic accident.

Chopper 6 was overhead Monday around 5 p.m. after police responded to a home on the 300 block of East Chestnut Street in Coatesville, Pa.

"Upon arrival, police did find a 4-year-old shot in the face. Lifesaving measures were taken. Ambulances were called. But the 4-year-old did pass away on scene," said Corporal Paul Antonucci with Coatesville Police Department. "We had an officer who responded who also has a young child around the same age, and it's hard not to take that home with you."

This loss has left a mark on the entire community, as many delivered balloons and gifts to show their support.

Neighbors tell Action News the 4-year-old boy lived in the home with his mother and older siblings.

"He was a nice boy, very energetic, fun to be around," said neighbor Leonard Morris.

With many unanswered questions surrounding the boy's death, all police can say is they're not looking for a suspect, and no one has been charged.

"Put the guns up, put them away. They're no good. They hurt homes, they hurt families for a long time," said Parker.