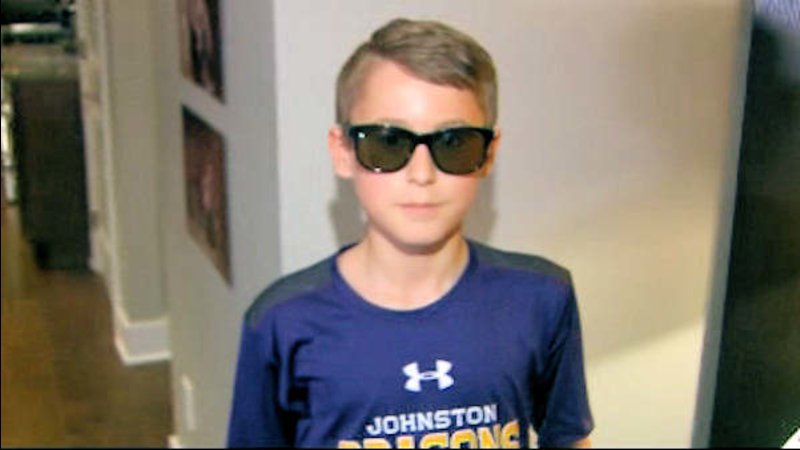 JOHNSTON, Iowa -- Iowa fourth-grader Cayson Irlbeck has been colorblind since birth, unable to tell the difference between blues and purples and reds and greens.

That is, until a few weeks ago.

Home video from the Irlbeck family shows the moment when a special pair of glasses changed his world view forever.

"It was instant," Cayson said. "I knew right away something had changed (and) how bright everything was."

"That was so amazing," Cayson said. "It was so colorful. It was weird (because) I had never seen those colors before, but I kind of knew what they were. I don't know. It was just awesome."
His family was overjoyed.

"Just to be able to see all of a sudden a whole new world opened up for him, obviously it was very emotional," father Aaron Irlbeck said.

The Irlbeck family discovered the glasses after Cayson researched them on the internet. Research indicated the glasses had a roughly 50 percent chance of working, but the Irlbecks said the $300 glasses were worth the investment.