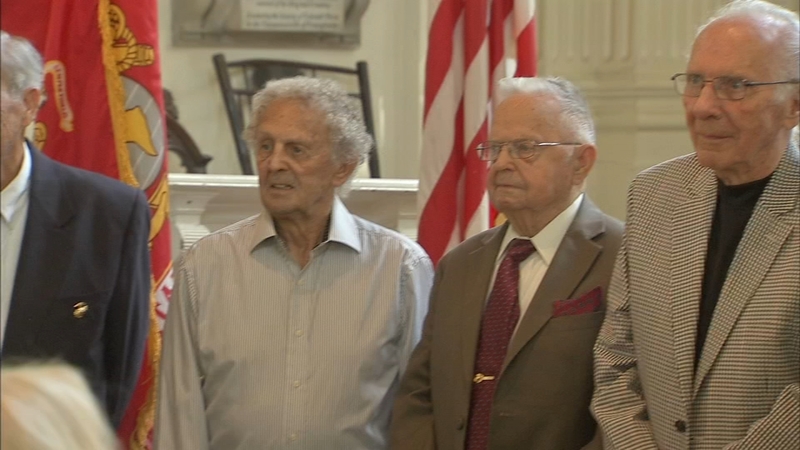 The men took Okinawa back in 1945, but the casualty rate was over 50 percent. Now the number of men who survived the battle continues to decline.

Neal McCallum was one of the veterans honored and is among the youngest at 92 years old. He was 17 when he enlisted.

"I never really was good at mathematics, but we're beginning to dwindle, I can see that and it makes one think of your own longevity, but I've had a great life," said Neal McCallum, who fought in the Sixth Marine Division.

McCallum recalls Okinawa being the bloodiest battle in the Pacific of World War II, fought over 82 days.

"I get a little emotional sometimes about that, you know, originally the ones we left behind in Okinawa. They gave their todays for our tomorrows," said McCallum.

The memorial service also honored veterans who have passed away since last year's reunion. Their names were read out loud and a bell was rung in their honor. Roses were handed out to family members who were there to honor their fallen loved ones.

The veterans came from all over the county to be in Philadelphia for the service. A proclamation from the mayor's office was presented to the marines, honoring their heroism.

Acclaimed author, Buzz Bissinger, helped organize this year's reunion and is writing a book about these men, their service to their country and the loss of the greatest generation.
Report a correction or typo
Related topics:
community & eventsreunionphilly newsmarines
Copyright © 2021 WPVI-TV. All Rights Reserved.
More Videos
From CNN Newsource affiliates
TOP STORIES