PHILADELPHIA, Pa. -- The Banks-Overton family tree branches out to nearly 200 people from Philadelphia, Virginia, and Maryland. Every year on the first Saturday in August, they flock to Awbury Park in Germantown for a family reunion.

It's been a tradition for roughly 45 years until COVID-19 disrupted their plans in 2020.

Instead of allowing that annual summer's day to go to waste, the Banks-Overton family looked for a more purposeful way to gather social-distance style.

Anthony and Althea Banks looked to their niece, Tahirah Austin-Muhammad, who is diagnosed with sickle cell disease.

Although it may not have been the outdoor festival they were hoping for, the Banks-Overton family focused that positive energy into a blood drive with the American Red Cross at the Roxborough YMCA.

Those suffering from sickle cell are often subject to blood transfusions. However, blood donations have suffered as a result of the coronavirus pandemic. Transfusions could potentially be delayed or even reduced for those who need it most.

With so many smiling faces at today's event, it would be impossible to determine that anyone suffered from a rare blood disorder. Yet, Austin-Muhammad and her friend, Ediomi Utuk-Lowery, both battle the disease every day.

"Sickle cell is, you know, something that brings my family together but is also very scarring at the same time," Utuk-Lowery said.

The inherited complications cause pain, fatigue, inflammation, loss of consciousness, or worse.

"There were so many of our peers passing away due to complications of sickle cell disease," said Austin-Muhammad.

That's why they banded together to create Crescent Foundation, whose namesake is inspired by the shape of the blood cells that cause such complications.

In addition to providing resources and education to affected individuals, they also aim to demystify the disorder.

"Many people think that it's a black disease because, in the United States, there are more people who are of African descent who live with it," Austin-Muhammad said. "But globally, sickle cell can have any face."

Another optical misjudgment cast on those with sickle cell comes from the tendency to "not look sick."

"Because sickle cell disease is this invisible disease, it makes people think that we don't need the best of care right away," Austin-Muhammad said.

Today's blood drive was a step forward towards breaking down these misconceptions. The family was particularly amazed that a total of 54 people signed up to donate blood.

Ediomi Utuk-Lowery and Tahirah Austin-Muhammad, who grew up together in sickle cell camp, are now looking forward to growing their foundation, which they created alongside CEO Kyle Smith.

In the future, they dream of building a state of the art medical facility for those living with sickle cell. In addition to offering transfusions, they want to create a space for job training, yoga, holistic care and more.

"You'll start seeing a lot more faces like ours, right? Those that are living with an illness that they are thriving with," said Austin-Muhammad.

To learn more about Crescent Foundation, visit their Facebook page.

"I don't let it define me. I see it as an opportunity." Community Journalist Matteo introduces us to 19-year-old Ricardo Amorim Jr, a diabetic lacrosse star from Warrington, PA. 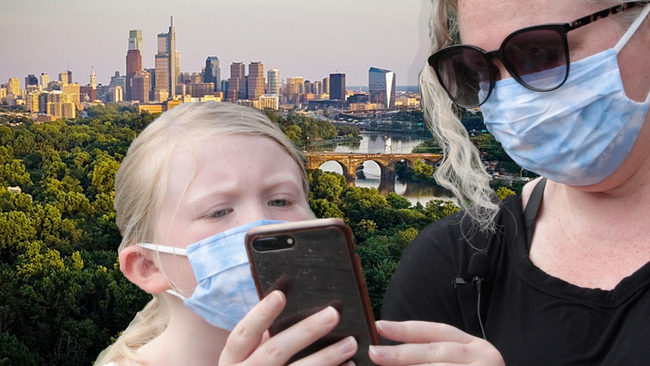