So long Sphinx, for now 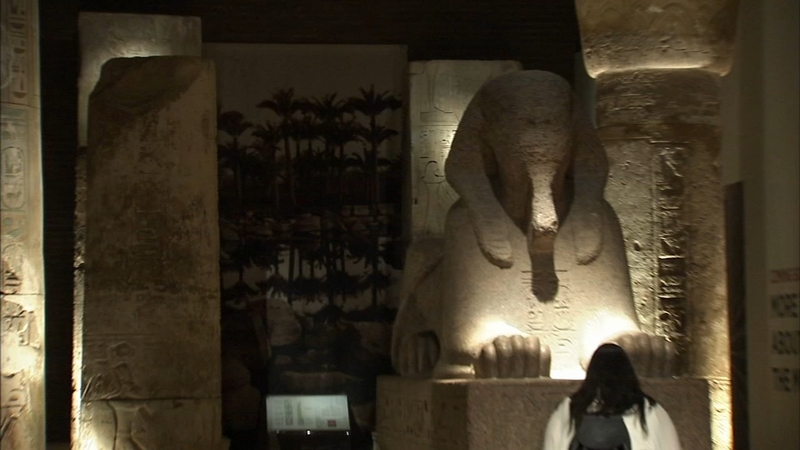 You can still see the Sphinx at the Penn Museum but not for long.

Autumn Miller is visiting from Florida and happy to catch it, "We're just really excited this was still here when we came."

At the end of the day Sunday the lower level Egypt gallery is going to close for the next four to six years, which for a 3,000-year-old artifact is really the blink of an eye.

It feels longer to us though. Emily Hirshorn from Penn Museum explains, "We're going through a monumental transformation of the museum."

The 13-ton Sphinx isn't going anywhere, its surroundings will.

The neighboring half-columns will be assembled to full height in an upstairs gallery and other updates will be made to modernize the museum.

Hirshorn says, "Air conditioning all of the galleries, which will be amazing. We will be adding new elevators and new bathrooms."

But it means the red granite Sphinx will be hidden from visitors. It's the largest ancient Egyptian Sphinx in the Western Hemisphere, which once stood guard in front of a temple for the god Ptah in the city of Memphis in ancient Egypt. It was carved for Pharaoh Ramses II.

Hirshorn explains, "It's a symbol of power. You've got the lion body, strength and power -- a symbol of the pharaoh's ability to protect his people."

Found in 1912 by Flinders Petrie, the archaeologist corresponded by letters to the museum. the Sphinx eventually made it to Philadelphia in 1913, arriving during the World Series between the Phillies and the A's. The presence is commanding, but don't forget to examine the details; the ovals with hieroglyphs inside denote the pharoah's name. The Egyptian ankhs symbolize life. Slight ridges on its sides carved for the rib cage. Other Egyptian artifacts still be on display in other galleries, just not the Sphinx.

"We will miss seeing him -- even those of us who work at the museum."