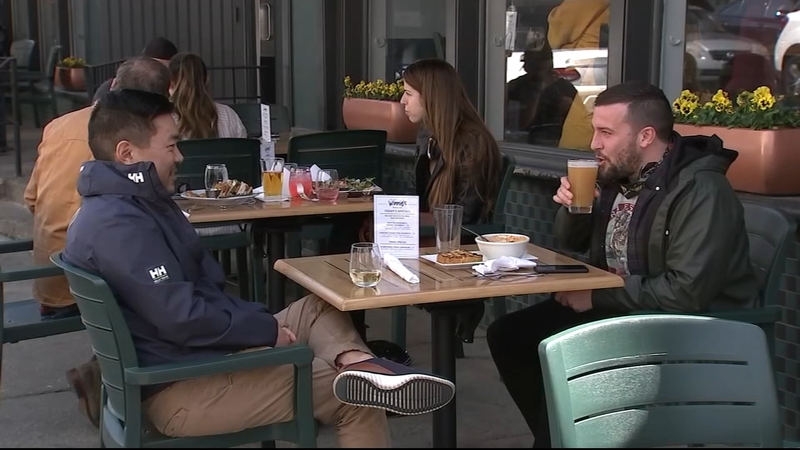 Philly will not adopt Pa.'s relaxed COVID-19 restrictions on April 4

PHILADELPHIA (WPVI) -- Due to the rising number of COVID-19 cases and hospitalizations in Philadelphia, Health Commissioner Dr. Thomas Farley announced Tuesday that the city will not follow the rest of the state in adopting relaxed restrictions on April 4.

Starting April 4, patrons can saddle up to the bar and get alcohol service without the purchase of food in Pennsylvania, and gyms, malls and casinos will also be allowed to increase capacity to 75%.

Instead, Farley said that beginning April 4, the city will allow the maximum capacity of outdoor catered events to expand to 250 people, with some restrictions. The Department of Public Health strongly encourages people over the age of 65 to be fully vaccinated before attending one of these events.

Due to the rising number of COVID-19 cases and hospitalizations in Philadelphia, officials announced that the city will not follow the rest of the state in adopting relaxed restrictions on April 4.

Philadelphia will also allow food to be served at business meetings beginning April 4.

Throughout April, Farley said he will review the local trends in cases, hospitalizations, and deaths to gauge if it is safe to further loosen restrictions and come closer in line with the state's guidance. If that happens, the city will announce the changes before April 30, so businesses can plan for the updated guidance.

Philadelphia officials announced an additional 533 cases of COVID-19 on Tuesday. There were eight additional deaths reported.

According to Farley, nearly 122,000 vaccinations have been given out at the FEMA site at the Pennsylvania Convention Center since its soft opening.

However, a security hole in the appointment scheduling software has allowed people to make first-dose appointments at the site in the coming weeks.

According to Farley, those appointments are unauthorized and emails are going out to let people know their appointments have been canceled.

For the next few weeks, the site will be administering second doses only. No one will be able to receive a first dose at the site.

Following the second dose appointments, Farley says there will be about two weeks of federal support remaining. During that time, officials plan to give out the one-dose Johnson & Johnson vaccine.