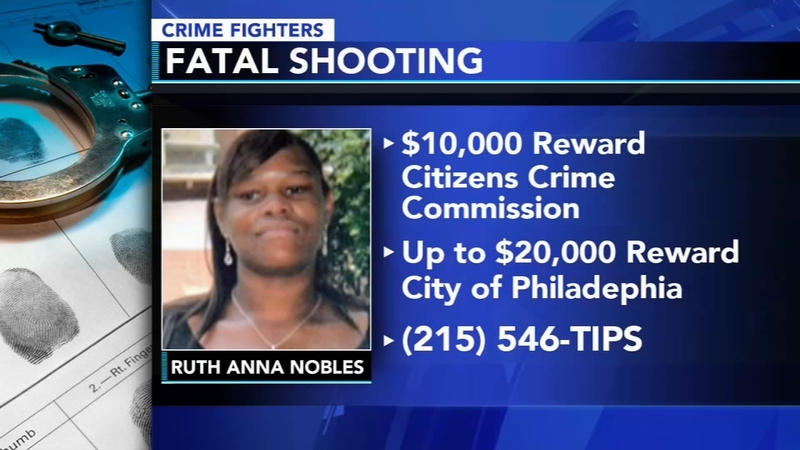 PHILADELPHIA (WPVI) -- A late-night walk turned deadly for one young woman. The tragedy further threw her family in limbo for days as police worked to identify her.

"She loved crocheting, and she liked drawing pictures of clothes and suits. She wanted to be a fashion designer," Vanessa Nobles said.

On Wednesday, April 7, Nobles said her daughter went for a walk.

"She had been taking walks at night trying to stay away from COVID," Nobles added.

"They confirmed that somebody was there that met that description, and it was her," she said.

Ruth had been found just before 4 a.m. on April 7.

She had been shot twice along the 1000 block of West Hunting Park Avenue in Philadelphia's Hunting Park section, just about ten blocks from her home.

Ruth was taken to the hospital, where she died a short time later.

Nobles said Ruth took her purse with her, but it wasn't found with her body.

With no identification, her body was placed in the morgue until April 15, when her family called.

"Ruthie was a very warm-hearted person, and she was a very sociable and loving person. She didn't deserve this," Nobles said.

Her family is also contributing an additional $10,000.