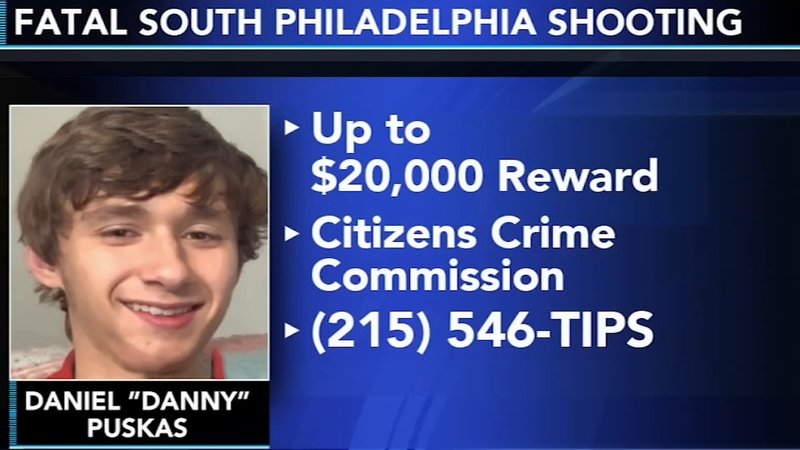 PHILADELPHIA (WPVI) -- A teenager out grabbing food before heading to a Philadelphia Eagles game was shot while leaving the store in South Philadelphia.

His mother and girlfriend want the public's help in finding his killer.

Daniel "Danny" Puskas and his girlfriend Liz Turner had plans to meet at an Eagles game being played on Saturday, January 8.

"I was getting on the trolley, and he was already in Philadelphia, so he was just gonna meet me at the tailgate," she said.

The 19-year-old was with a friend when they stopped at a store around 5:15 p.m. along the 1800 block of McClellan Street.

"When they came out of the store, from what I understand, there was somebody on the corner in a car," said his mother, Laurie Puskas.

Those in the area heard gunshots. When police arrived, they found a shooting scene but no victims.

"People came outside. They saw them, and a kid put him in the car and drove him to the ER because they didn't want to wait for the ambulance," said Laurie.

Both Puskas and his friend were shot.

The friend survived, but Puskas died at the hospital.

"There's just no way to put it. There's no feeling. There's no words to describe how this feels. There's nothing," added Laurie.

"Use the anonymous tip line, and no one ever has to know that you said anything," said Turner.