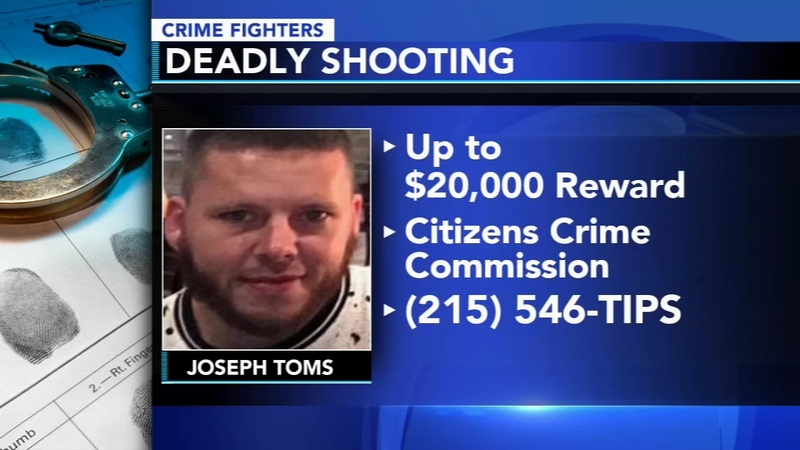 PHILADELPHIA (WPVI) -- A mother and sister are making a plea to find the person responsible for their loved one's murder.

They say all he was doing was waiting for a parking spot outside his home when he was shot and killed.

"You could talk to him, and within five minutes of the conversation, if you didn't live in Philadelphia, he was convincing you why it was the best place ever to live," she said.

She said that's what makes the events of Wednesday, October 28, 2020, so much harder to understand.

Just before 11 p.m., Julie said her brother was getting home from work.

"He was right outside of his house at the stop sign at the end of the street. He was waiting for a parking spot," she said.

Police said one of them fired into the 33-year-old's van.

The bullet hit Toms in the chest. He died later at the hospital.

One of the suspects had a brightly colored logo on the front of their sweatshirt. They also wore a reflective panel on the thigh of their pants.

Police also said the suspects were operating a white sedan with dark rims, tinted windows, and a dented area on the front left panel.

"The key to this is if you take one killer off the street, you stop another crime," she said.