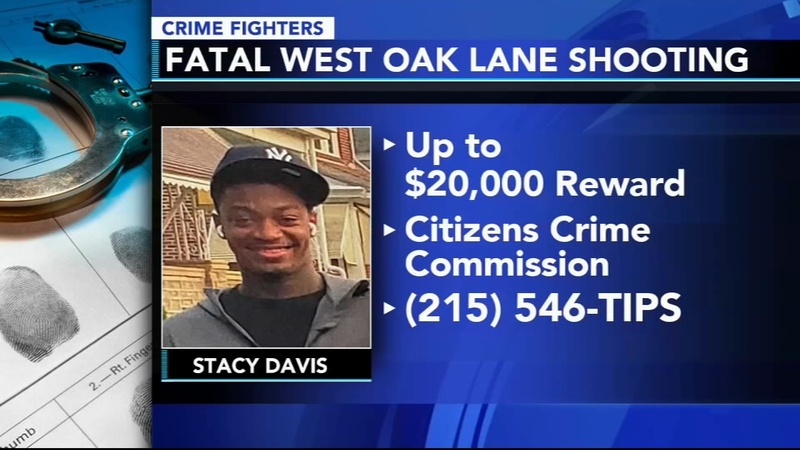 PHILADELPHIA (WPVI) -- The family of a man gunned down in early March believes a mistake in identity may have led to his death.

They hope a tip from the public will lead to justice in his case.

Just before 12:30 a.m., police were called to the area of Easton Road and Lowber Street for reports of gunshots.

"Upon their arrival, police saw the accident and observed a male who is later ID'd as Stacy Davis, 21-years-old, inside a gray 2006 Honda Accord with apparent gunshot wounds," said Santo Montecalvo of the Citizens Crime Commission.

Officials say after Davis was shot, the car he was driving crashed into several other vehicles. He was pronounced dead at the scene.

Davis' family believes this was a case of mistaken identity.

"Some information that we received from the family is that Stacy was not from around that area and was just passing through," said Montecalvo.

All you have to do is call the Crime Commission at 215-546-TIPS. All calls will remain anonymous.
Report a correction or typo
Related topics:
west oak lane (philadelphia)crime fighterscrimegun violence
Copyright © 2021 WPVI-TV. All Rights Reserved.
More Videos
From CNN Newsource affiliates
TOP STORIES