Dad of teen killed in Chester Co. road rage shooting: All I have left of Bianca is my memories Dad of road rage shooting victim: All I have left is my memories

WEST CHESTER, Pa. (WPVI) -- A Pennsylvania man who pleaded guilty to fatally shooting a recent high school graduate in a fit of road rage should spend at least 20 years in prison after an emotional sentencing at which he, the victim's family and even the judge cried.

David Desper was sentenced to 20 to 40 years. 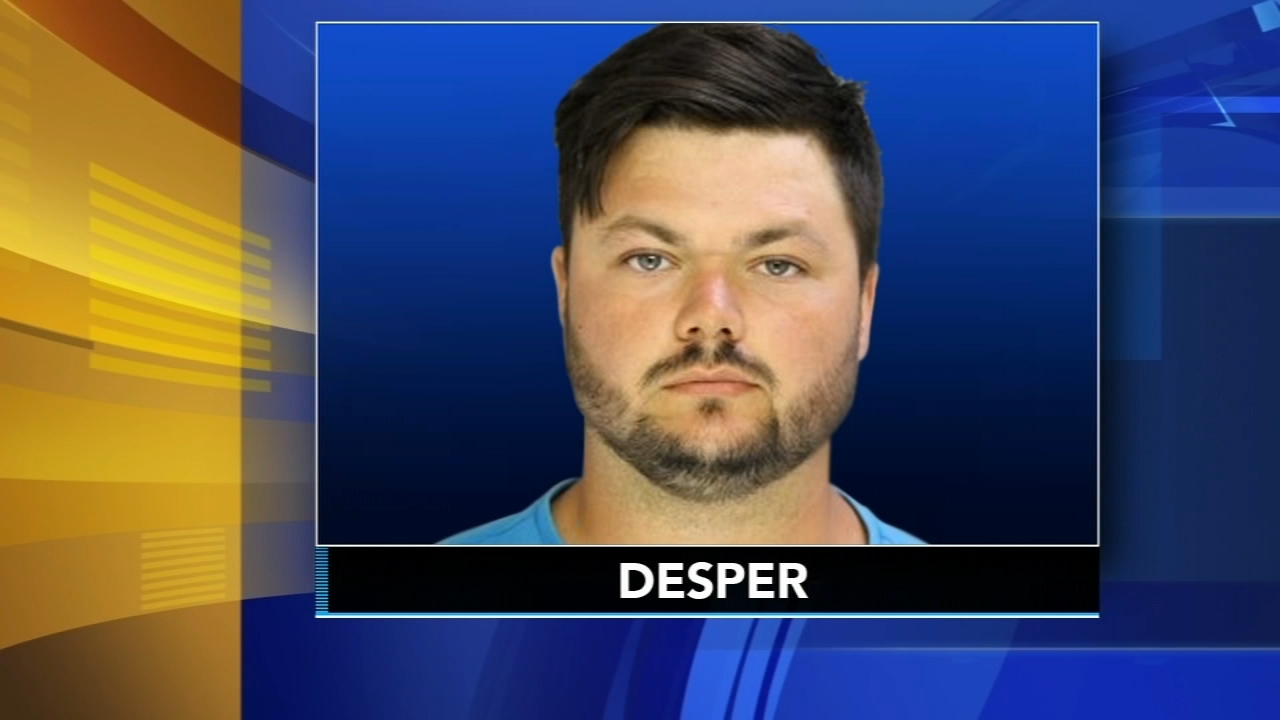 In a victim impact statement, the father of Bianca Roberson remembered his daughter as being generous and hardworking.

There was not a dry eye on the courtroom in the room as Bianca's father struggled to speak through tears about his daughter.

"All my dreams for Bianca were coming true. Until the day that the defendant murdered my daughter," Roberson's said. "All I have left of Bianca is my memories."

Bianca Roberson's father speaks following the sentencing of his daughter's killer on December 13, 2018.

"She had a special song that she said was her song just for me - 'Dancing With My Father' by Luther Vandross. It is a song about a child whose father died, and about how that child is praying for one more dance with her father. I always teased her that it was such a sad song and I planned on living forever anyway,"

Michelle Roberson, Bianca's mom, lost her son when he was 22 due to a sudden heart attack. Bianca was her second and last child to die.

She said in court, "I never get to hear that word 'mom' again."

Michelle Roberson then looked at David Desper and shouted, "I hate you!"

Desper pleaded guilty to shooting Bianca, 18, in the head in West Goshen Township last year after they jockeyed for space on a highway merger.

Before the sentencing, the defense called Desper "harmless and an almost juvenile 28-year-old" who in his spare time played with cars. They called him "a big kid" and argued that Desper essentially "gave the government the case" because he turned himself in.

The defense said Desper was driving home when a car came up on him and startled him. He took the gun and fired it. They said there is no monster or menace.

It turned out, Desper's own mother had shared a Facebook post about police looking for the man who murdered Bianca Roberson. She wanted police to find the man she called "the jerk who killed that high school graduate." She'd later learn it was her own son.

Wendy Desper said she has love for Bianca's family and prays for her.

"I'm sorry for what my son did," she said as her son sobbed.

When it was the prosecution's turn, they asked for anyone in the room who was affected by the life Bianca Roberson to stand. Two-thirds of the room stood.

They said, "Let the record show that none of the defendant's family stood up. I'm surprised as it would seem that they were impacted by Roberson's life, as well."

My name is Rodney Roberson. I am, and forever will be, the father of Bianca Roberson.

Everybody thinks I am a tough guy. I was raised in West Philadelphia. I enlisted in the United States Army, served honorably, then enlisted in the United States Marine Corps, and served honorably again. When I finished my service with the Marines, I returned to West Philly, but I quickly saw that there was nothing but trouble there. I then joined the United States Merchant Marines, where I have worked for the last 28 years. We move big ships around the country and world. My work is hard, but it is honest work. So maybe I am a tough guy.

But not when it came to Bianca. She was my youngest child, my baby. She always could make me smile and make life a little brighter.

Let me tell you about my little girl. Bianca was a child who was always happy, and she brought that joy to everyone around her. With adults, she was shy and respectful. With her friends, she was kind, gentle, and funny. To me, she was the smartest and most beautiful young woman in the world.

When you are a father, you laugh at your sons, but you worry about your daughters. Who will be there to protect them when you are not around? Will they always be safe? What can you do to make sure they don't get hurt? Nothing hurts a dad more than his daughter's tears.
Bianca was hard-working and generous. She got a job at the McDonald's on Gay Street in West Chester. I would go there to eat just to see her working, proud that she had a job. She would whisper to me, "Dad, you have to go home!" But I would just sit and watch her working, smiling at my little girl. Then, when she got her first paycheck, she insisted on taking me out to dinner, just to say thank you for being her father. I told her that I would pay, but she refused, her quiet way of telling me she loved me and that she was growing up.

My wife and I decided to raise Bianca in Chester County because it was safe. We didn't want to risk the violence of West Philadelphia. We wanted her to grow up around nice people in a nice place.

We wanted everything for Bianca. I wanted her to go to college, something I never got to do. She was going to Jacksonville University on a scholarship, ready to study crime scene forensics. I wanted her to graduate and get a good job, working in an office and getting paid good money without breaking her back working on the docks. I wanted her to fall in love, get married, and then have kids. She always told me that she was going to have six kids -- three boys and three girls. I wanted to live long enough to spoil my grandchildren.

All my dreams for Bianca were coming true. Until the day that the defendant murdered my daughter.

How do you think your family would feel if somebody had murdered you like you murdered my daughter?

All I have left of Bianca is my memories. She had a special song that she said was her song just for me - "Dancing With My Father" by Luther Vandross. It is a song about a child whose father died, and about how that child is praying for one more dance with her father. I always teased her that it was such a sad song and I planned on living forever anyway. Here is a little bit of the song:

Your Honor, I would love to dance with my daughter again. But I never will.