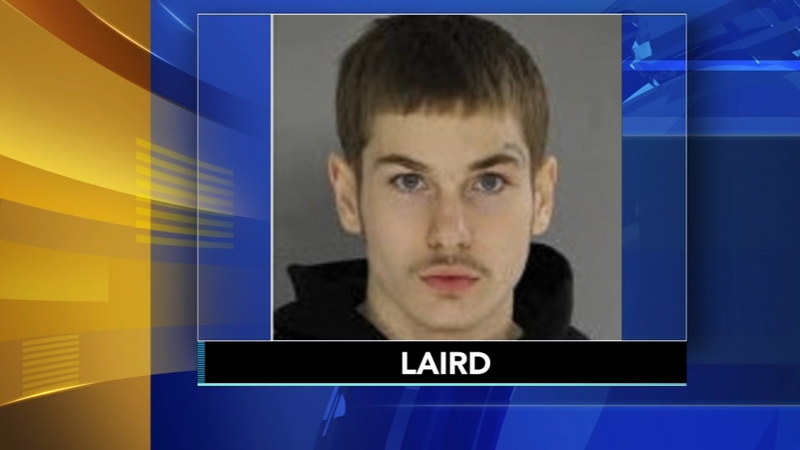 MEDIA, Pennsylvania (WPVI) -- Delaware County officials have announced the arrest of an 18-year-old accused of killing a 15-year-old last month.

According to police, Laird lured Rosado to the park with the promise of a gun, but instead he shot and killed him.

The next day, Trainer Borough police responded to a call in the area for a report of a deceased person.

A juvenile was later discovered in a wooded area of the park, later identified as Rosado.

Officials say a fired cartridge casing and a cell phone were both recovered from the scene.

"The cold blooded execution of a juvenile is simply incomprehensible. But, tragically, that is what happened on the night of March 15. The defendant lured his victim to the park with the promise of a gun. Instead, shot him in the back of his head," said Delaware County District Attorney Jack Stollsteimer in a statement. "Unable to keep his actions secret, the defendant then admitted to others what he had done."

He is being held without bail.

His preliminary hearing is scheduled for May 5.