Phil, the wayward seal, rescued from mud in Delaware 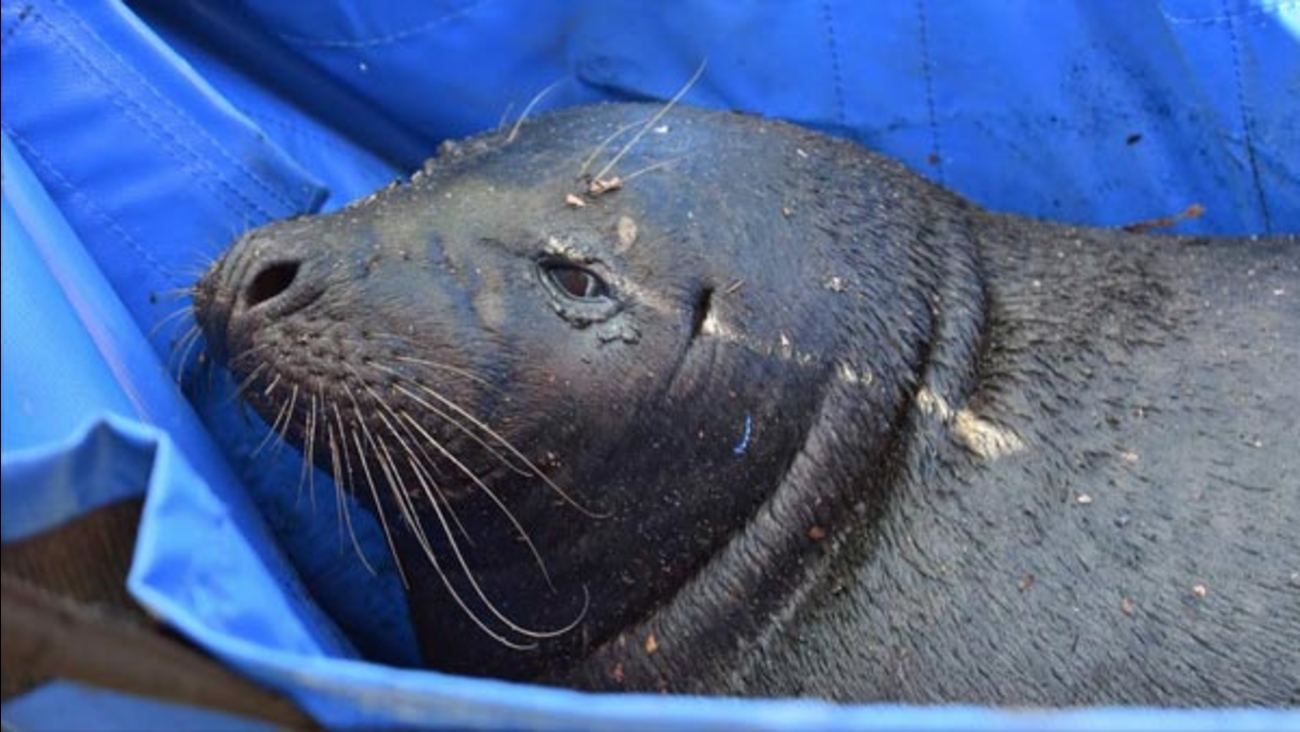 FELTON, Del. (WPVI) -- A harbor seal that found its way up the Murderkill River near Felton has been captured after evading rescue workers for several months.

National Marine Animal Rescue specialists and 20 MERR institute volunteers showed up to help with the effort.

After successfully capturing Phil, volunteers shipped him to the National Aquarium in Baltimore, where he will be examined and treated for any ailments.

The seal was initially spotted about 12 miles inland in the Coursey Pond spillway in December. Thurman says he probably followed fish that were heading up the Murderkill River from Delaware Bay.