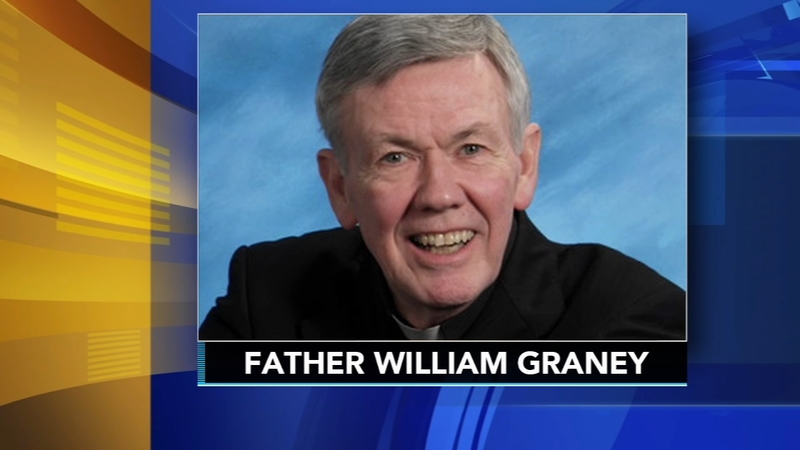 WILMINGTON, Del. (WPVI) -- A man is behind bars after police say he brutally attacked a priest inside a Wilmington church.

Church employees tell police August could be heard arguing with Father Graney inside of an office. A staffer says they heard August become angry about "weed that he wanted back."

After the argument, they heard what sounded like a struggle, and when they came in they saw the priest lying on the floor.

While Father Graney was on the floor, they say August was punching and kicking him in the stomach and the face numerous times.

The church employees attempted to break up the fight, but police say August pushed them aside and went into another room, grabbed a bottle of wine, returned and poured it all over the injured priest.

According to the witnesses, August then struck Graney in the head with the bottle; he then allegedly grabbed a can of compressed air and sprayed it into the priest's mouth.

Police say the church employees were able to lure August out of the church by telling him that they would give him a ride and money.

Once he was outside, they then locked the front door locking him outside.

Police say August then struck the door multiple times trying to get back in. He did break the main doors of the church, however, he was not able to get into the locked church office.

After skateboarding away, New Castle County police eventually arrested the suspect and identified him as August.

According to court records, when August was being put into the police car he allegedly said he wanted to kill the victim and wished he had finished the job, and said he enjoyed watching the victim with blood on his face and body.

August is not a member of the church, but he was apparently known there. One parishioner told us he has been seen around the church for up to 18 months, but did not want to say anything more than that.

At August's family home on Tuesday his grandfather told us Joshua has long suffered from mental illness, but declined to elaborate.

Graney, who has been the pastor at the church for at least a decade, is described as warm and outgoing.

"Father Bill is very giving, he's very loving. He would help anyone that came to him and asked for help. I don't think he would ever turn anybody down," says church member Pamela Skwish.

Father Graney is in stable condition but will have to undergo further surgeries for his injuries.

August is currently being held in lieu of $52,250 secured bail.

Resurrection Parish offices will be closed and daily masses canceled until further notice.