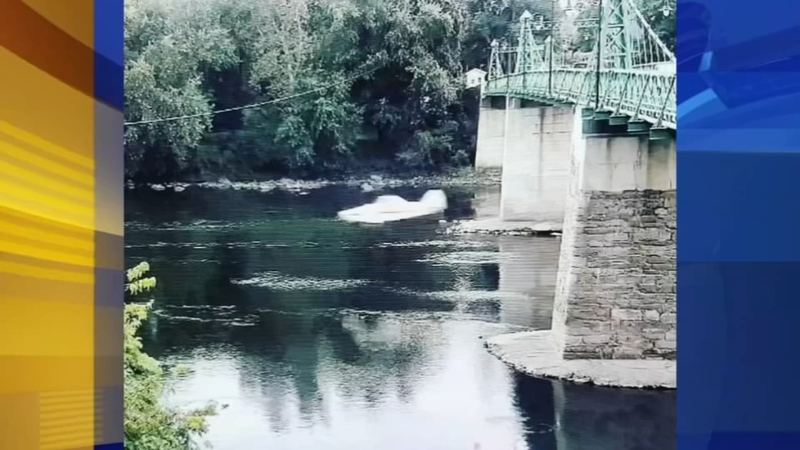 RIEGELSVILLE, Pennsylvania (WPVI) -- Joe Donnelly has been spokesperson for the Delaware River Joint Toll Bridge Commission for 11 years - and he says this is a first.

Security cameras were rolling when a single-engine plane flew under the Riegelsville Free Bridge in Bucks County around 4:30 p.m. Friday.

"I haven't seen someone fly like this underneath one of the old antique bridges where, quite frankly, there isn't that much space between the river and the superstructure above," he said.

Donnelly said the surveillance image left him with plenty of questions. Primarily, what was the pilot thinking?

"If it was a stunt, then it surely was a stupid thing to do. It's altogether possible that some pilot could have been out there with some other mission involved but we don't know what it is," he said.

The Bridge Commission has since reported the case to the Federal Aviation Administration, which has opened a full investigation.

It remains unclear what, if any, criminal charges the pilot might face, but commission officials are just happy no one was hurt.

"If it were to strike the superstructure, that's the part above the stone piers, it could have done some damage and also potentially could have caused a fire," Connelly said.

Commission officials also say the distance between the bridge and the water is only about 38 feet.