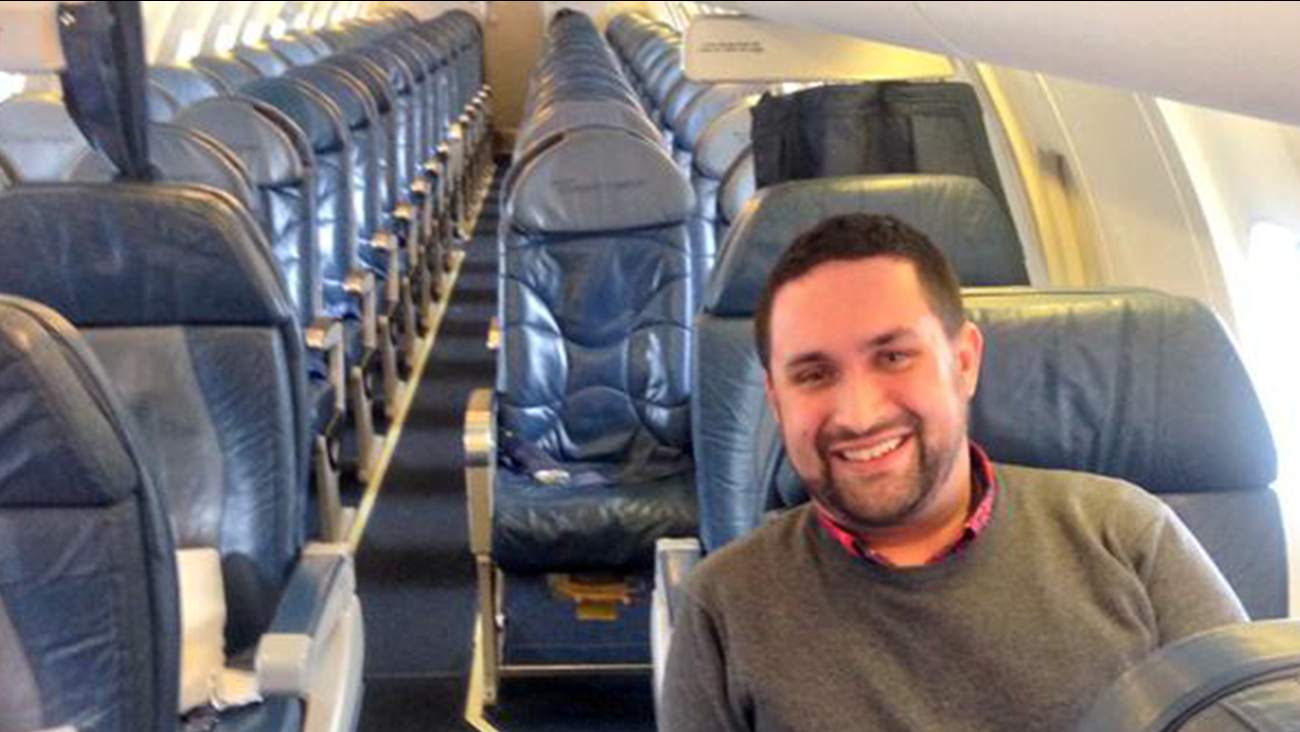 Chris O'Leary poses for a photo on an empty Delta Airlines flight on Monday, Jan. 12, 2015. (twitter.com/ohhleary)

NEW YORK -- Chris O'Leary couldn't wipe the smile off his face when he found himself alone in the passenger cabin on a Delta Airlines flight.

So when the New York resident boarded, alone, he started tweeting about his experience.

They rebooked everyone but me on another flight to LGA, so I am literally the only person on this plane. pic.twitter.com/ZZNPACUOfR

He even got a personal safety briefing from two of his flight attendants, he tweeted.

No, I'm not joking. I'm the only one on this plane. pic.twitter.com/UcZ8BZLop1

But at the last minute, O'Leary's excitement about being the sole passenger faded.

The thrill is gone, you guys. Just as we were about to push back, they reconnected the jet bridge to let a second passenger on the flight. 😥

Delta Airlines says it needed to get O'Leary's plane to La Guardia Airport for flights later in the day.

"Keep in mind that running an airline calls for a well-orchestrated plan that has aircraft in position at airports at the right time of day to cover scheduled flying," according to a company statement.

O'Leary told ABC News that it was one of the most memorable flights in his recent memory.

"There were no screaming babies, no one listening to loud lyrics or reclining their seats or taking their shoes," he said.

After his story spread, he thanked the flight attendant for one of the best pictures of him in a while.

Reaction to this story from my mom: "I'm glad you got a haircut."