NJ delegation to the DNC settles in 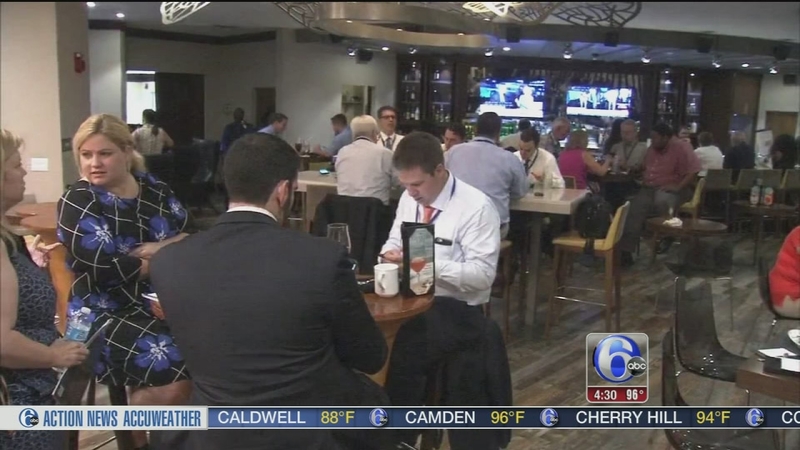 ESSINGTON, Pa. (WPVI) -- Camden mayor Dana Redd had her floor pass and other credentials ready to go for the first night of the Democratic National Convention.

She and the rest of the New Jersey delegation are staying at the Renaissance Philadelphia Airport Hotel, where a number of delegates were keeping their cool Monday afternoon at the hotel lounge.

A big topic: the resignation of Democratic Party chair Debbie Wasserman Schultz and her role in the convention.

"I know it was the highlight of yesterday, but I would like to focus on the important matters," said Redd. "We need to make sure we get a Democrat in the White House."


First-time delegate Danielle Durkin is glad Wasserman Schultz was not gaveling open the convention after the email leaks about the DNC favoring Hillary Clinton over Bernie Sanders.

"She's done a lot of work up until now, but I think it's creating more controversy then needed at this point," she told Action News.

Some delegates headed to the Battleship New Jersey in Camden for a tour before Monday's activities at the Wells Fargo Center, which were slated to include speeches from the first lady, U.S. Senator Cory Booker (D-N.J.) and former presidential candidate Bernie Sanders.

"He's going to say, 'I ran a good race. I was unsuccessful, but I stand together with Hillary Clinton to do everything we can to protect America and elect her president and keep Donald Trump out of the White House,'" said N.J. delegate Kelly Ganges.

Mercer County Executive Brian Hughes, who is also a delegate, is confident the party will be unified.