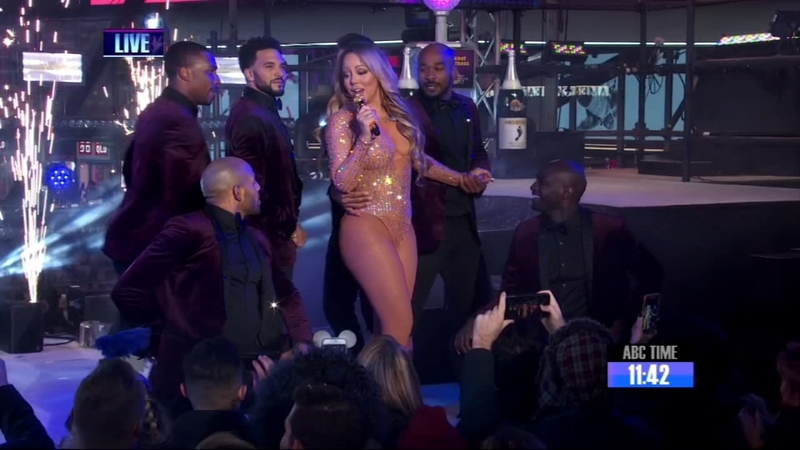 As the final preps are made in New York City's Times Square for the annual New Year's Eve ball drop, ABC is gearing up for an annual tradition.

Last year didn't quite work out as planned for the star. Carey says technical difficulties plagued last year's performance, but she's back for a second chance at ringing in yet another New Year - this time on a high note.

And this New Year's Eve, Carey is the headliner and says we can expect something similar to her Las Vegas show - a big production with a full band and backup dancers.

The award winning duo Sugarland is also set to perform live for more than one million people expected to pack Times Square.

The finishing touches are in place on the New Year's Eve centerpiece, that features more than 2,500 Waterford crystal triangles and weighs nearly six tons.

Ryan Seacrest will host the countdown festivities, as he has for the past 12 years. Actress and comedian Jenny McCarthy will once again have the pulse from the crowd.

And this year, multiplatinum music superstar Ciara will help ring in the New Year from the West Coast as the new host of the Hollywood Party in Los Angeles.

Of course, 6abc is the only place to watch Dick Clark's New Year's Rockin' Eve. The show kicks off Sunday night at 8.