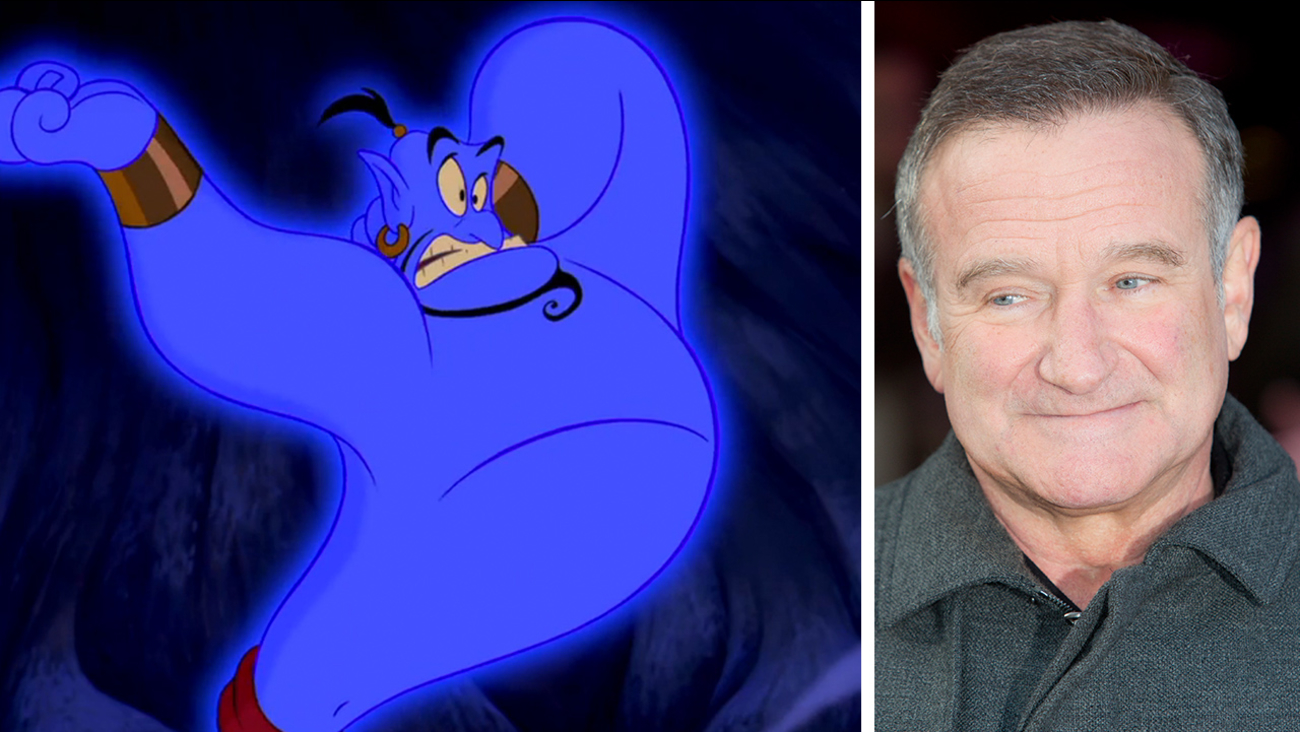 New previously-unseen outtakes of Robin Williams voicing the character Genie from "Aladdin" have been released. (Oh My Disney | Joel Ryan/AP)

Aladdin is one of the most cherished films in the Disney animated cannon, with audiences still loving Aladdin and Genie as much now as they did when the movie was first released in 1992. Now, fans are getting their first glimpse at previously unseen clips of Robin Williams playing the iconic character Genie.

The clips show an energetic Williams in the recording booth as he voices Genie. They also feature Disney animator Eric Goldberg sharing fond memories of the late comedian.

"Aside from him being funny as anything, he was such a warm person," Goldberg said of Williams.

Many of the cast and crew of Aladdin appeared on Good Morning America on Friday to share their memories of Williams and the movie.

"Yeah, we wrote the part with Robin in mind," added John Musker, a co-writer/co-director on the film. "We didn't know if he would do it. And fortunately for us, he did. We were totally walking down the plank. If he said no, we were going to be in big trouble because the whole concept was built around Robin."

The cast and crew of "Aladdin" on Good Morning America.

"Fortunately he agreed to do it, and he worked so hard," said Ron Clements, who also was a co-writer/co-director on Aladdin. "We would record in four-hour sessions. He would be going four hours straight. We would have practically four hours of recording and by the end he was just drenched. He would have so much energy and so much passion."