Ryan Seacrest returns to host the singalong, which will again include animated on-screen lyrics to allow viewers at home to participate.
WPVI 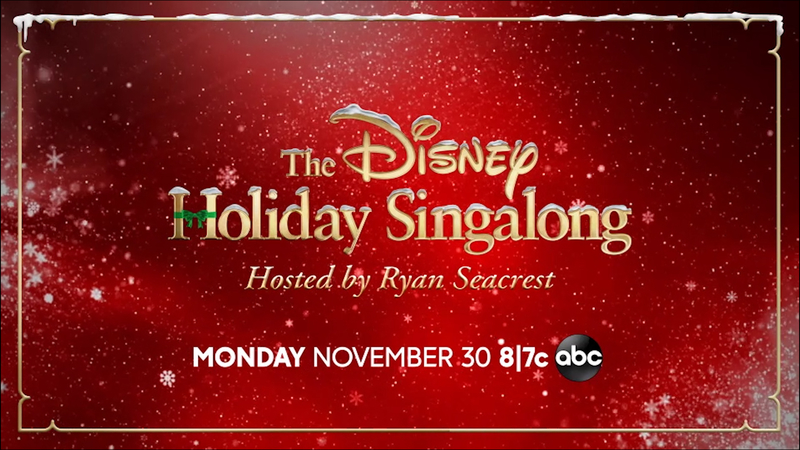 'Tis the season for the 'Disney Holiday Singalong' on ABC

'Tis the season -- for another "Disney Family Singalong!"

ABC is making the season bright with the "Disney Holiday Singalong," airing Monday, Nov. 30 at 7 p.m. on 6abc. (It will be airing in other areas of the country at 8 p.m. as the video shows.)

Ryan Seacrest returns to host for this one-hour festive special, which will again include animated on-screen lyrics to allow viewers at home to sing along to the beloved Disney melodies and classic holiday carols.

The casts from Disney on Broadway's "The Lion King," "Aladdin" and "Frozen" will also reunite for an emotional tribute to Broadway. For the first time since coronavirus-related shutdowns in March, the casts will return to New York City's New Amsterdam Theater to sing a special performance of "Let It Go."

The special also raises awareness about Disney's Feed the Love campaign, driving to Feeding America, Toys for Tots, and One Simple Wish to inspire hope when it's needed the most in our communities. Viewers can visit Disney.com/FeedTheLove to learn how they can give back to kids and families in need this holiday season and elevate resources for those who need them.