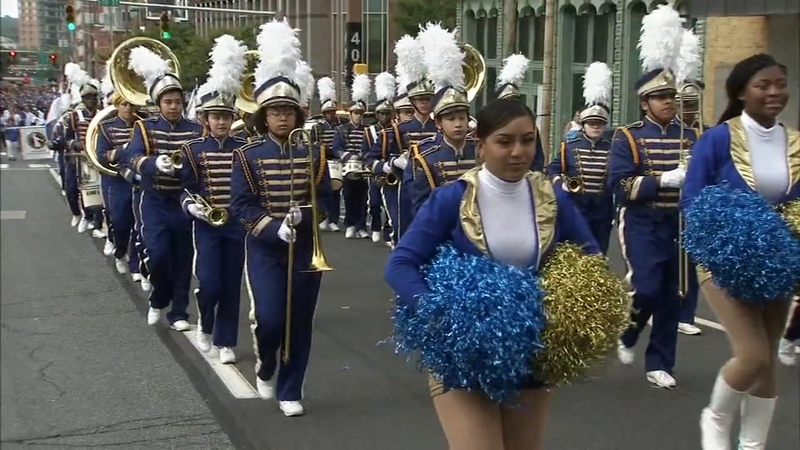 Watching the event is a yearly tradition for many families.

But some families have handed down the tradition of performing in it.

A. I. Dupont High School marching band has been a part of the parade for four decades.

Two brothers, who are members of the band, have an extra incentive to take part in the parade.

"Both of our parents were both in the band, as were both of our uncles, which is kind of crazy to think about. I don't think its ever happened like that before, and that was all the way back in the 90s," Drew Becker says.

This is the 100th year for the parade.

You can countdown with us by following the parade's Facebook page and 6abc.com/parade.