Earth's forest cover could drop by half by 2100; NatGeo explores how humans can protect these trees 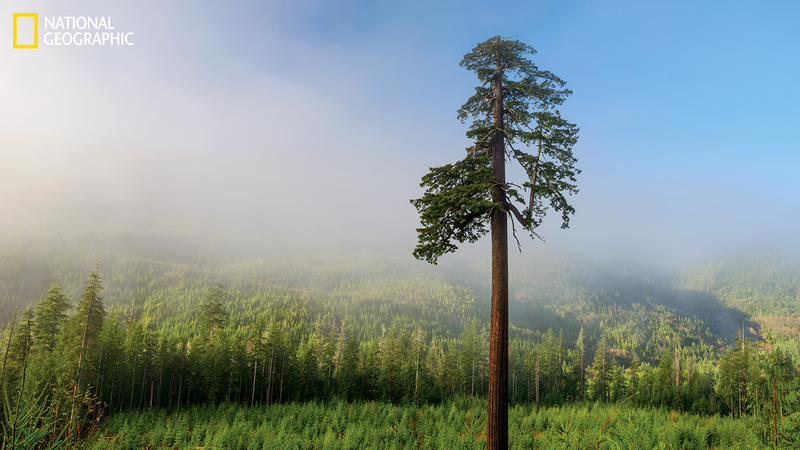 'Future of Forests': A look at Earth's tree loss, how we can save them

For this Earth Day, National Geographic has focused its lens on humanity's relationship with the world's 3 trillion trees and 10 billion acres of forest, which cover one-third of the planet's surface. 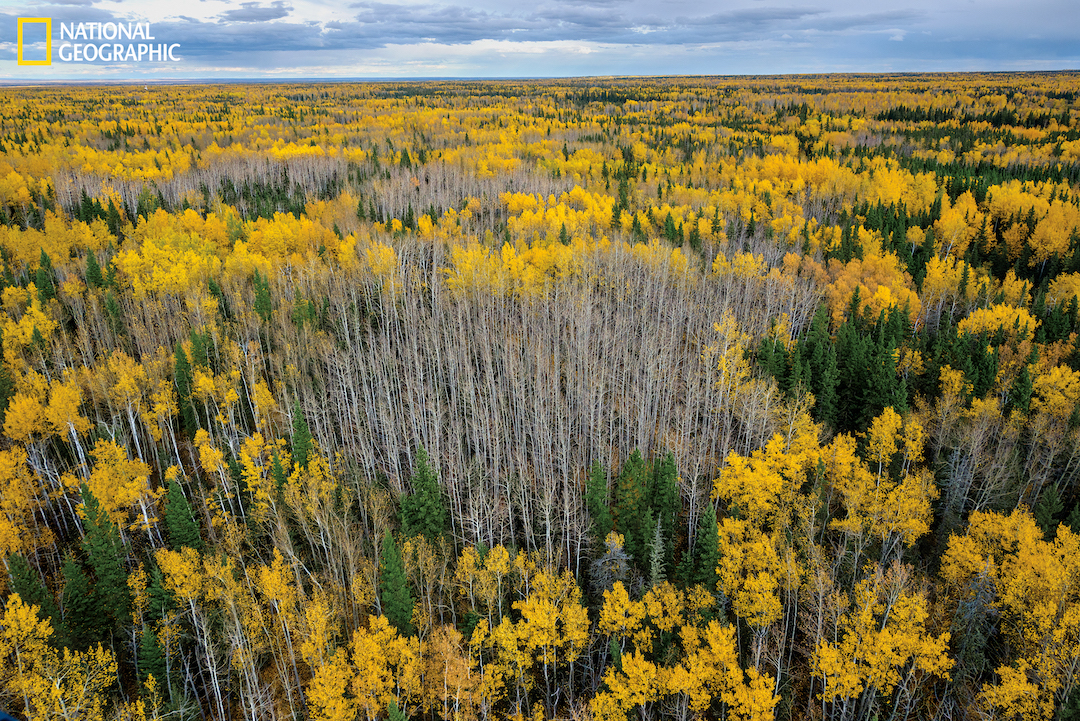 Forest scientists are struggling to figure out a response to "sudden aspen decline," as they call
the die-offs that have struck since the turn of the century.

The world has lost one-third of its forests over the past 10,000 years -- half since 1990, which amounts to more tree loss globally than the total tree count of the United States.

This single-subject special May issue explores what's happened to these forests, the trees we still have and what new techniques could save them before it's too late.

Every ecosystem, including the humans within them, rely on forests and trees to maintain balance. They absorb carbon dioxide, produce oxygen, harbor habitats for countless species and are the backbone of the most beautiful and beloved spaces on Earth. 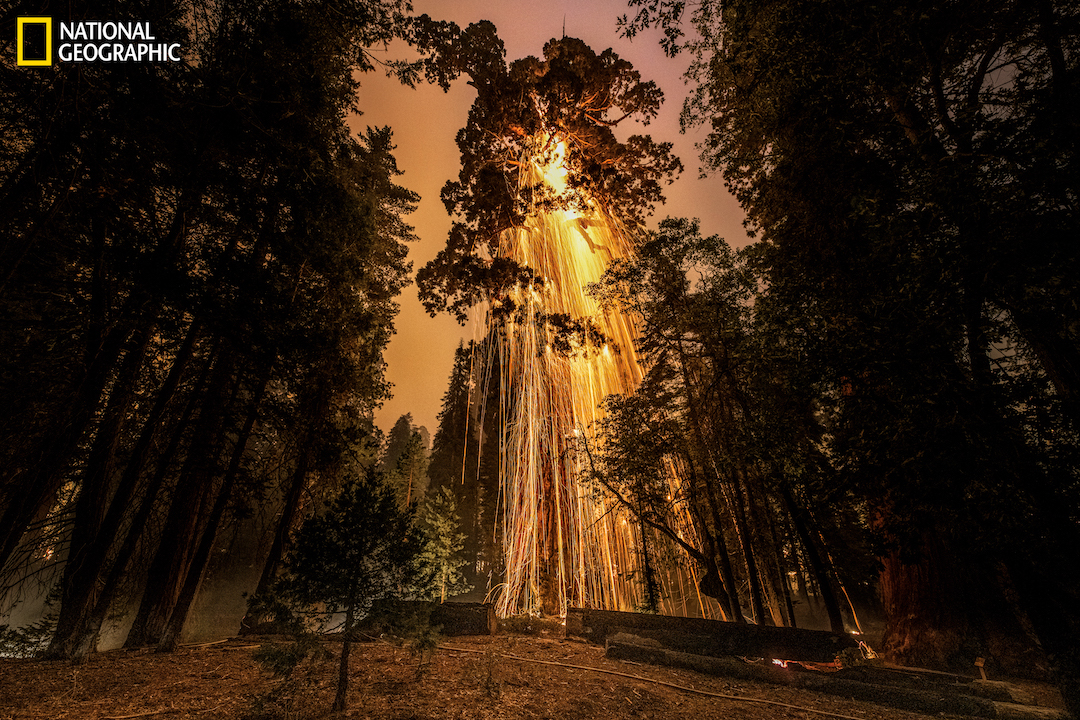 Embers rain from the crown of a sequoia that was ignited by a windblown ember in 2021. The tree survived.

Logging and land clearing are the biggest factors driving tree loss, but climate change is posing an increasingly dangerous threat.

Forests are specifically vulnerable to heat and drought, killing billions of trees directly and indirectly over the past 20 years. To cope with the lack of moisture, trees will close the pores on their leaves or shed leaves entirely, meaning they're both hungry from lack of carbon dioxide absorption. 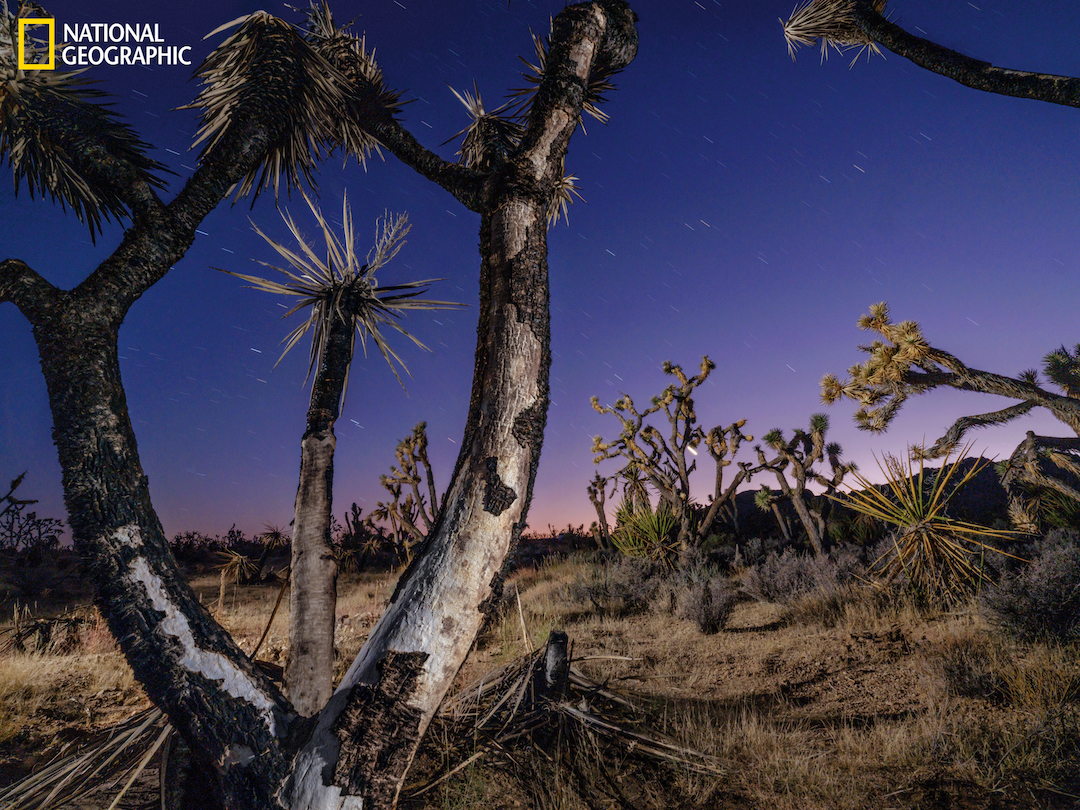 The Dome Fire killed more than a million Joshua Trees in 2020, yet these icons of the Mojave Desert already faced other threats.

In Texas, for example, a 2011 drought killed more than 300 million trees -- one out of every 16 in the state. And trees weak from drought are more vulnerable to insect infestation and pathogens.

Wildfires, worsened by climate change, have played a significant role in decimating forests. Five of the eight most abundant tree species in the American West have declined significantly just since 2000, mostly from fire and insect infestations. Californians are especially familiar with their devastation -- from the Mojave Desert, where the 2020 Dome Fire killed more than 1 million Joshua trees, to the north, where fires over the past two years killed up to a fifth of the largest Sequoias. 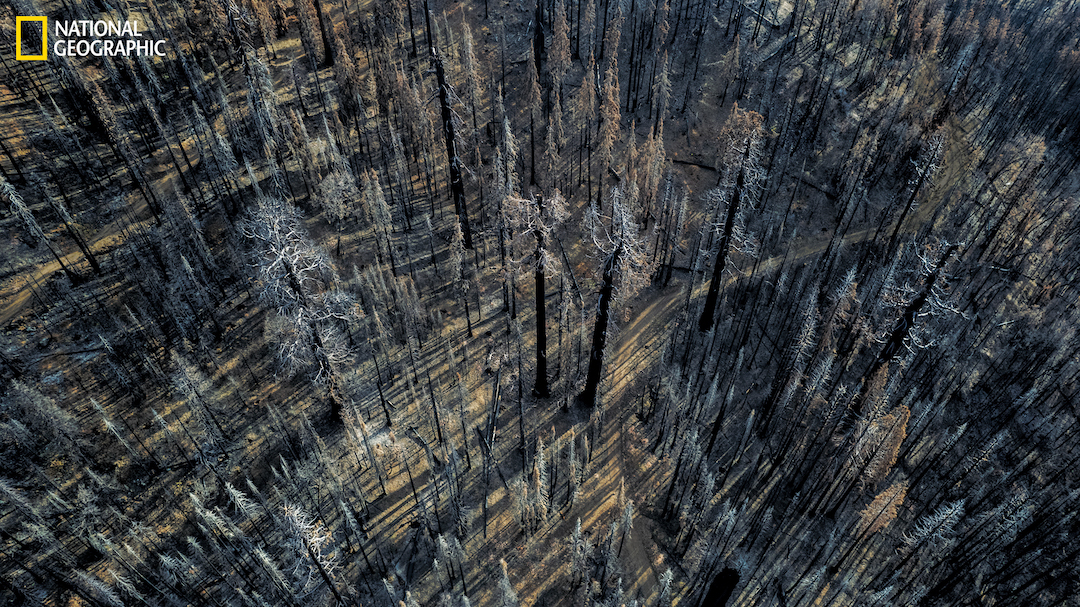 On a burnt slope in the Sierra Nevada, their only native home, giant sequoias stand like black daggers among the other dead.

Even changing sea levels affect forests all over the world: For example, seawater that seeped into North Carolina's freshwater wetlands devastated its bald cypress population.

Without action, the world's forest cover could drop by half by 2100. 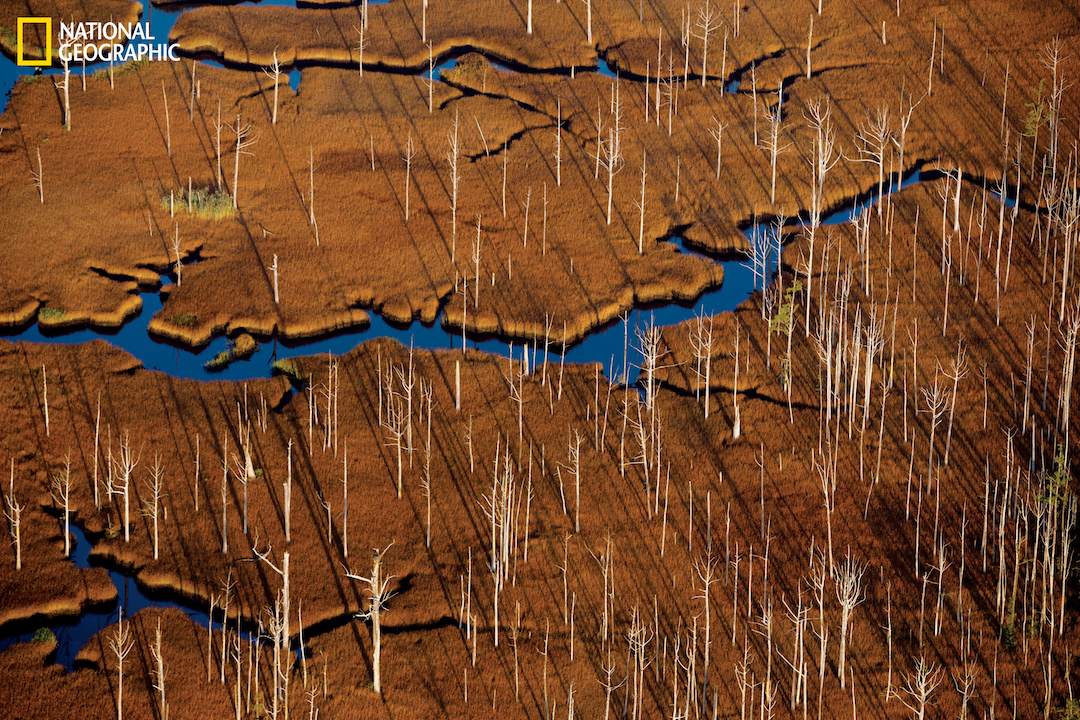 Seawater seeps into aquifers and freshwater wetlands, killing vegetation such as these bald cypresses near Eagles Island.

Still, there is hope.

If nations keep current promises to curb fossil fuel emissions would prevent the planet from warming more than three degrees Celsius, which could limit tree loss for many of the world's forests.

Researchers and communities around the world are also devising creative solutions to curb damage.

Farmers in Niger now grow cereal grains by planting around, rather than clearing, woodlands. Since then, more than 200 million trees have regrown. 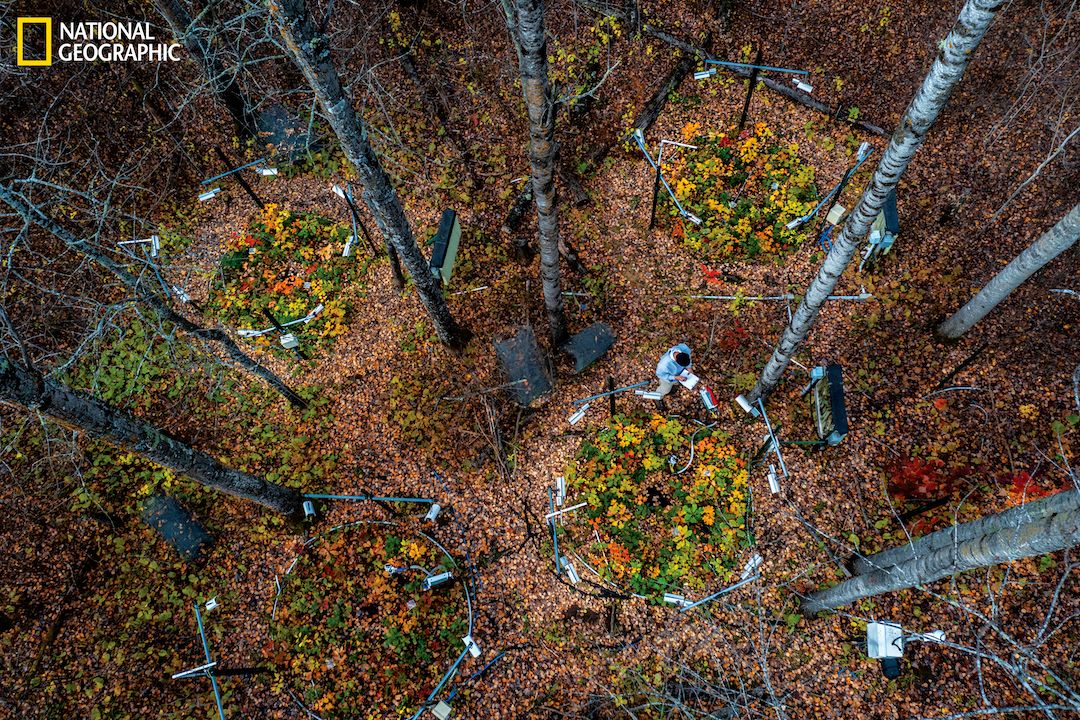 Rand Bieri measures carbon dioxide in the soil of a test plot warmed by heaters near Cloquet, Minnesota.

Foresters in British Columbia have planted more than 150,000 seedlings from 15 tree species at 48 sites from Northern California to the southern Yukon to determine which locations are best suited for the rapidly changing climate conditions.

Additionally, a scientist in New York may finally be on the verge of bringing back the chestnut by altering DNA to resist a fungus that killed billions in the early 1900s. 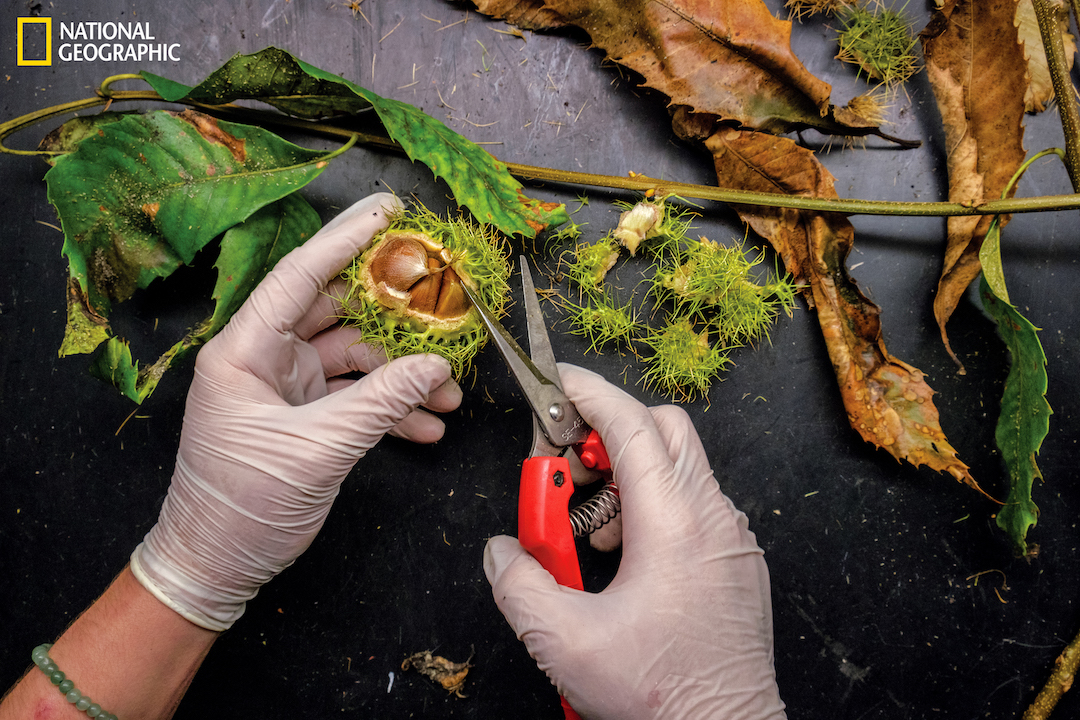 The Earth's forests will never be the same, but we can save what's still left today. 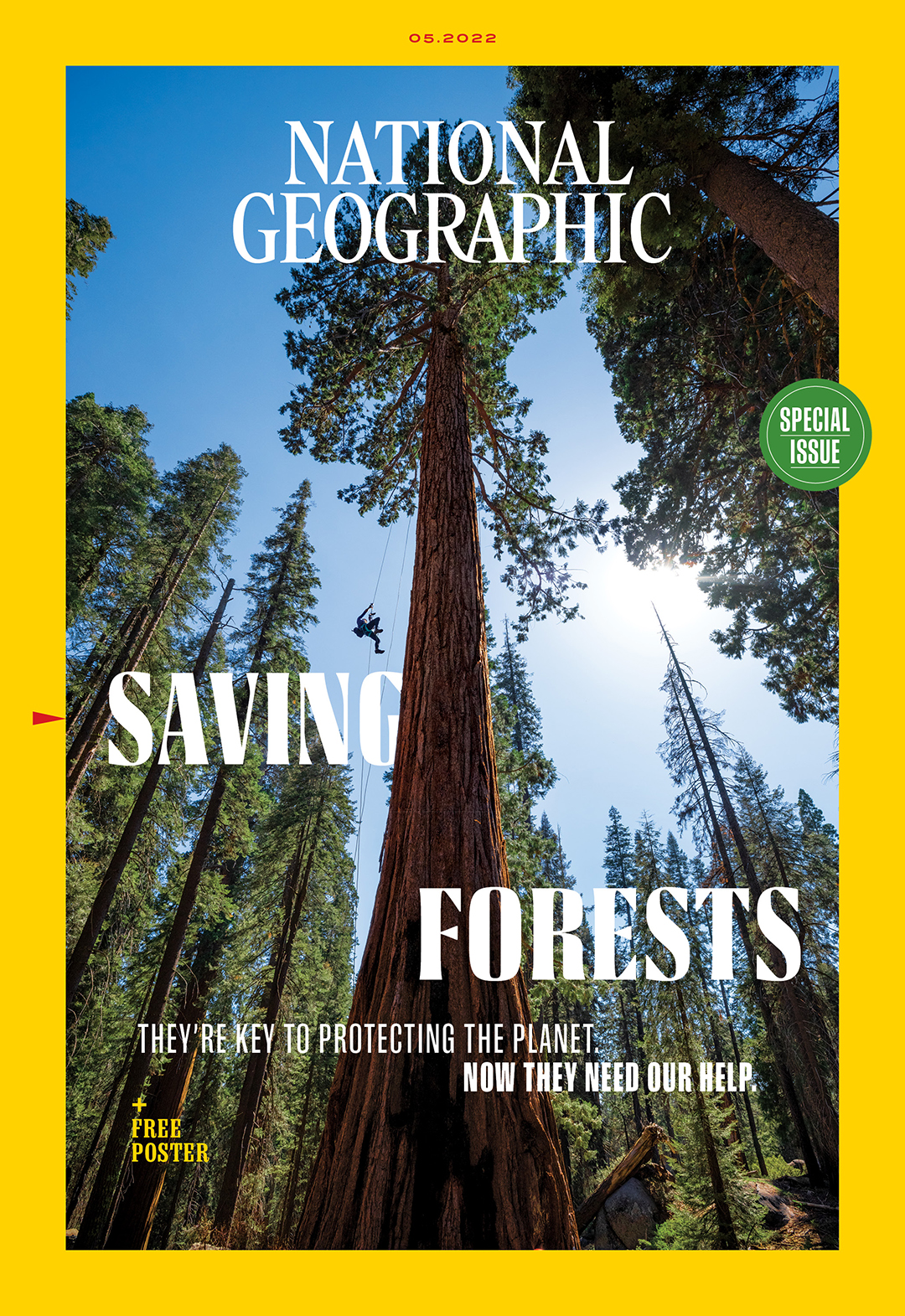