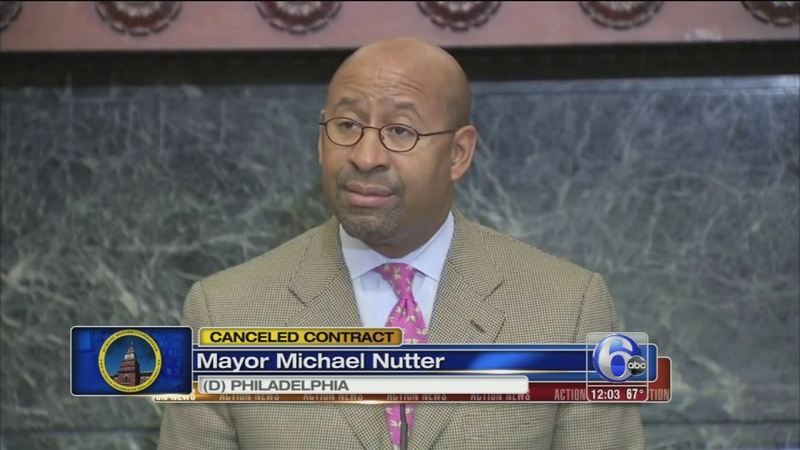 Mayor Michael Nutter has thrown his support behind the School Reform Commission's move to cancel the contract of the teachers' union, the Philadelphia Federation of Teachers.

The cancellation happened on Monday morning. The teachers will keep their jobs without pay cuts, but they will now be asked to contribute to their health coverage.

The district says that will save $54 million in the first year and more after that.

"Principals and janitors alike have taken pay cuts over the last two years. They have already agreed to similar health care benefit changes," Nutter said. "I support this and hope others can see it for what it is - another consequence of this horrible situation our schools have had to face year after year."

Though the union was outraged over the cancellation, there was no evidence of a job action on Tuesday morning, such as a sickout.

They're just tired of being scapegoats.

"But attacking the teachers that are here, supporting the children, doing what they can for the children, buying our supplies - which the school district doesn't have the money, so we're putting out our money for that," said physical education teacher Tim Baran.

Over the past few years, the cuts have been deep as the school district grapples with a drastic budget shortfall. 5,000 staffers have been laid off and 31 facilities have been closed.

The teachers have been bargaining for a new contract for almost two years with no pay raise.

Many are wondering how much more they can take.

Speech language pathologist Sonya Brintnall and her husband both work for the school district. They have two children in Philadelphia schools.

"I guess we have a lot thinking to do about whether we can afford to continue to live here," she said.

Now, facing cuts to their paychecks, they're not sure they want to stay.

"I hate to leave, I really love living in Philadelphia. But my kids both go to Philadelphia public schools and I was so saddened this year looking at the buildings, with broken stairways, broken windows," she said.