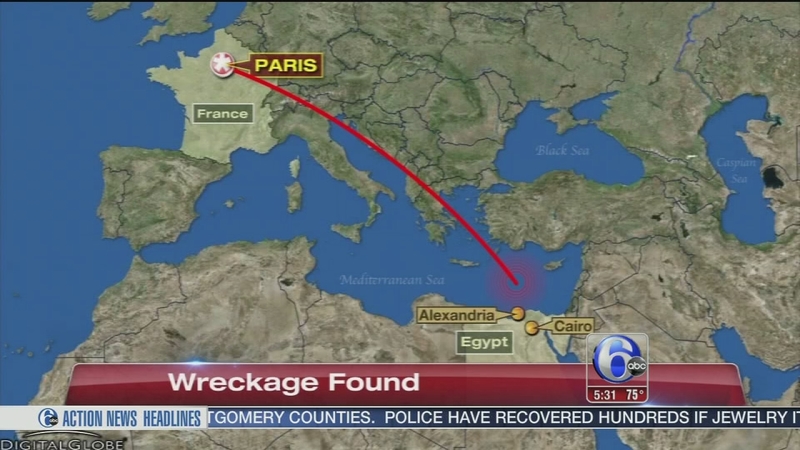 CAIRO -- Search crews found floating human remains, luggage and seats from the doomed EgyptAir jetliner Friday but face a potentially more complex task in locating bigger pieces of wreckage and the black boxes vital to determining why the plane plunged into the Mediterranean.

Looking for clues to whether terrorists brought down EgyptAir Flight 804 and its 66 people aboard, investigators pored over the passenger list and questioned ground crew members at Charles de Gaulle Airport in Paris, where the plane took off.

The Airbus A320 had been cruising normally in clear skies on a nighttime flight to Cairo early Thursday when it suddenly lurched left, then right, spun all the way around and plummeted 38,000 feet into the sea, never issuing a distress signal.

In Egypt, home to 30 of the victims, grieving families and friends wondered if their loved ones would ever be recovered. Many gathered in mosques for Salat al-Ghaib, or "prayers for the absent," held for the dead whose bodies have not been found.

"This is what is ripping our hearts apart, when we think about it. When someone you love so much dies, at least you have a body to bury. But we have no body until now," said Sherif al-Metanawi, a childhood friend of the pilot, Mohammed Shoukair.

Egyptian authorities said they believe terrorism is a more likely explanation than equipment failure, and some aviation experts have said the erratic flight suggests a bomb blast or a struggle in the cockpit. But so far no hard evidence has emerged. 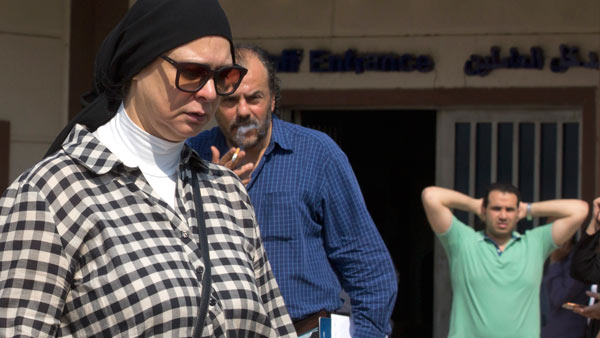 No militant group has claimed to have brought down the aircraft. That is a contrast to the downing of a Russian jet in October over Egypt's Sinai Peninsula that killed 224 people. In that case, the Islamic State group's branch in Sinai issued a claim of responsibility within hours. On Friday, IS issued a statement on clashes with the Egyptian military in Sinai, but nothing about the plane.

Three European security officials said the passenger manifest for Flight 804 contained no names on terrorism watch lists. The officials spoke on condition of anonymity because they were not authorized to discuss the investigation. The manifest was leaked online and has not been verified by the airline.

Further checks are being conducted on relatives of the passengers.

French aviation investigators have begun to check and question all baggage handlers, maintenance workers, gate agents and other ground crew members at De Gaulle Airport who had a direct or indirect link to the plane before it took off, according to a French judicial official. The official was not authorized to discuss the investigation and spoke on condition of anonymity.

Experts said answers will come only with an examination of the wreckage and the plane's cockpit voice and flight data recorders, commonly known as black boxes.

A possible cause could have been a fire, The Aviation Herald, a website that covers the civil aviation industry, reported Friday.

The publication cited information transmitted through the plane's Aircraft Communications Addressing and Reporting System, which transmits data from the plane to the ground in the form of a series of messages. Those messages showed that smoke was detected in the plan's lavatory near the cockpit, according to the report.

A French Navy patrol boat left the port of Toulon on Friday with sonar that can pick up the underwater "pings" emitted by the recorders. But it will take the vessel two or three days to reach the search zone.

Ships and planes from Egypt, Greece, Britain, France, the United States and Cyprus have taken part in the search for what's left of Flight 804, scouring the waters roughly halfway between the Greek island of Crete and the Egyptian coast.

"Its batteries allow it to transmit for 30 days," Athanassios Binis, head of Greece's aviation accident investigation agency, said on state TV. Once a vessel detects the recorders, "the next step would be to pinpoint it and go down with special equipment to recover it."

Egyptian searchers found the first debris from the crash around 180 miles (290 kilometers) north of the Egyptian coastal city of Alexandria. Civil Aviation Minister Sherif Fathi informed relatives there were no survivors, the Al-Masry Al-Youm newspaper said.

The crash has struck a demoralizing blow to Egypt. The economy has been gutted by years of turmoil since the 2011 overthrow of President Hosni Mubarak, and the Russian plane crash caused a new plunge in tourism, one of the country's main money makers.

Amid fears that a security lapse in Paris may have led to the tragedy, France's junior minister for transport, Alain Vidalies, defended security at De Gaulle Airport, saying staff badges are revoked if there is the slightest doubt.

French Foreign Minister Jean-Marc Ayrault asserted on French television that there is "absolutely no indication" of what caused the crash.

The pilot, Shoukair, was experienced, with 6,275 flying hours, and co-pilot Ahmed Assem had clocked 2,101, officials said.

A terror analyst who is in contact with members of the Islamic State group and other jihadist groups said there have been "no credible or even semi-credible" claims of responsibility for the tragedy.

Shiraz Maher at the International Center for the Study of Radicalisation in London said the Islamic State issued a 20-minute video Thursday about its plans to conquer India.

"If they had been involved in the crash," he said, "it would be very odd for them to have sent that video rather than boasting of the crash."