CAIRO -- Egypt said Wednesday that a French ship has picked up signals from deep under the Mediterranean Sea, presumed to be from black boxes of the EgyptAir plane that crashed last month, killing all 66 passengers and crew on board.

The Civil Aviation Ministry cited a statement from the committee investigating the crash as saying the vessel Laplace was the one that received the signals. It did not say when the signals were detected but the French Navy confirmed the Laplace arrived on Tuesday in the search area.

Laplace's equipment picked up the "signals from the seabed of the wreckage search area, assumed to be from one of the data recorders," the statement read. It added that a second ship, John Lethbridge affiliated with the Deep Ocean Search firm, will join the search team later this week.

Locator pings emitted by flight data and cockpit voice recorders, known as the black boxes, can be picked up from deep underwater.

The Airbus A320 had been cruising normally in clear skies on a nighttime flight to from Paris to Cairo early on May 19 when it suddenly lurched left, then right, spinning all the way around and plummeting 38,000 feet (11,582.4 meters) into the sea. A distress signal was never issued, EgyptAir has said.

Since the crash, small pieces of the wreckage and human remains have been recovered while the bulk of the plane and the bodies of the passengers are believed to be deep under the sea. A Cairo forensic team has received the human remains and is carrying DNA tests to identify the victims. The search has narrowed down to a 5-kilometer (3-mile) area in the Mediterranean.

David Learmount, a consulting editor at the aviation news website Flightglobal, said the black boxes' batteries can transmit signals up to 30 days after the crash. But even if the batteries expire, locating the boxes remains a possibility.

"It's terribly important to find the black boxes, because if they don't find them, they will know nothing about the aircraft," he said, citing a 2009 incident when black boxes were found two years after a crash in the Atlantic Ocean.

Nearly two weeks after the crash off Egypt's northern coast, the cause of the tragedy still has not been determined.

Egypt's civil aviation minister Sherif Fathi has said he believes terrorism is a more likely explanation than equipment failure or some other catastrophic event.

But no hard evidence has emerged on the cause, and no militant group has claimed to have downed the jet. Earlier, leaked flight data indicated a sensor had detected smoke in a lavatory and a fault in two of the plane's cockpit windows in the final moments of the flight.

In France, the country's air accident investigation agency or the BEA could not immediately comment on the developments since they have not yet received any "official communication" from Egyptian authorities. 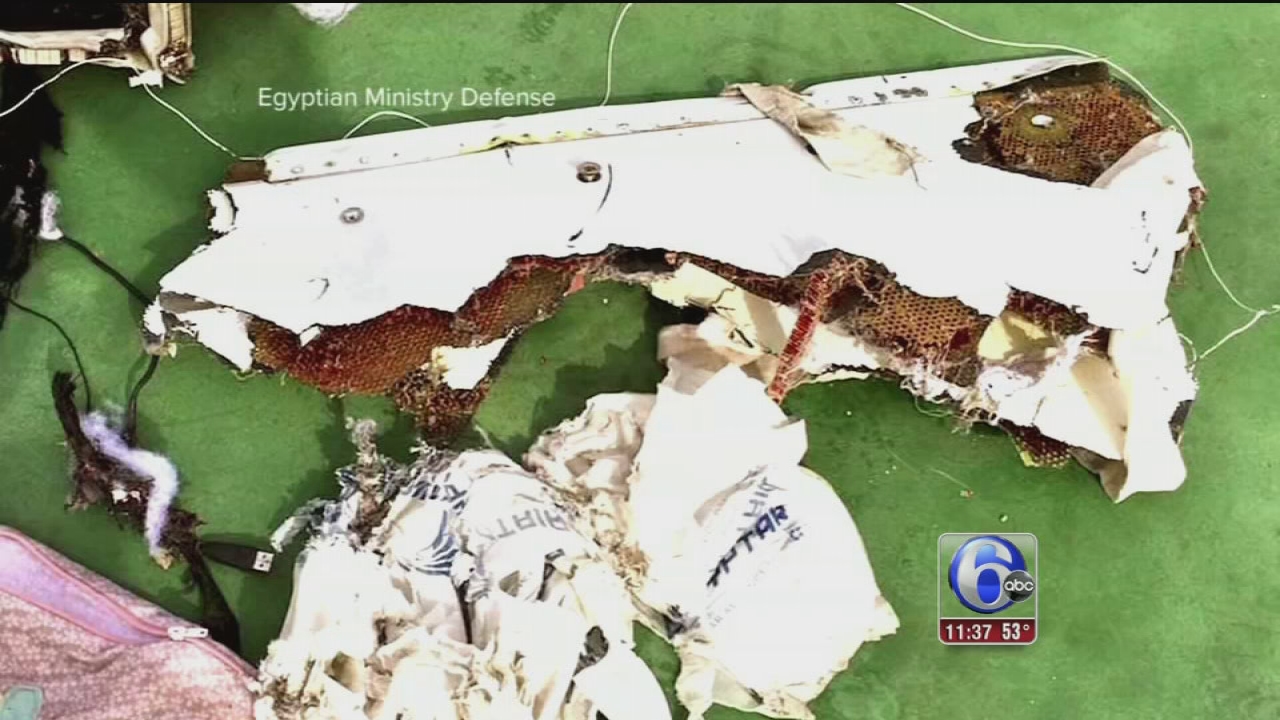