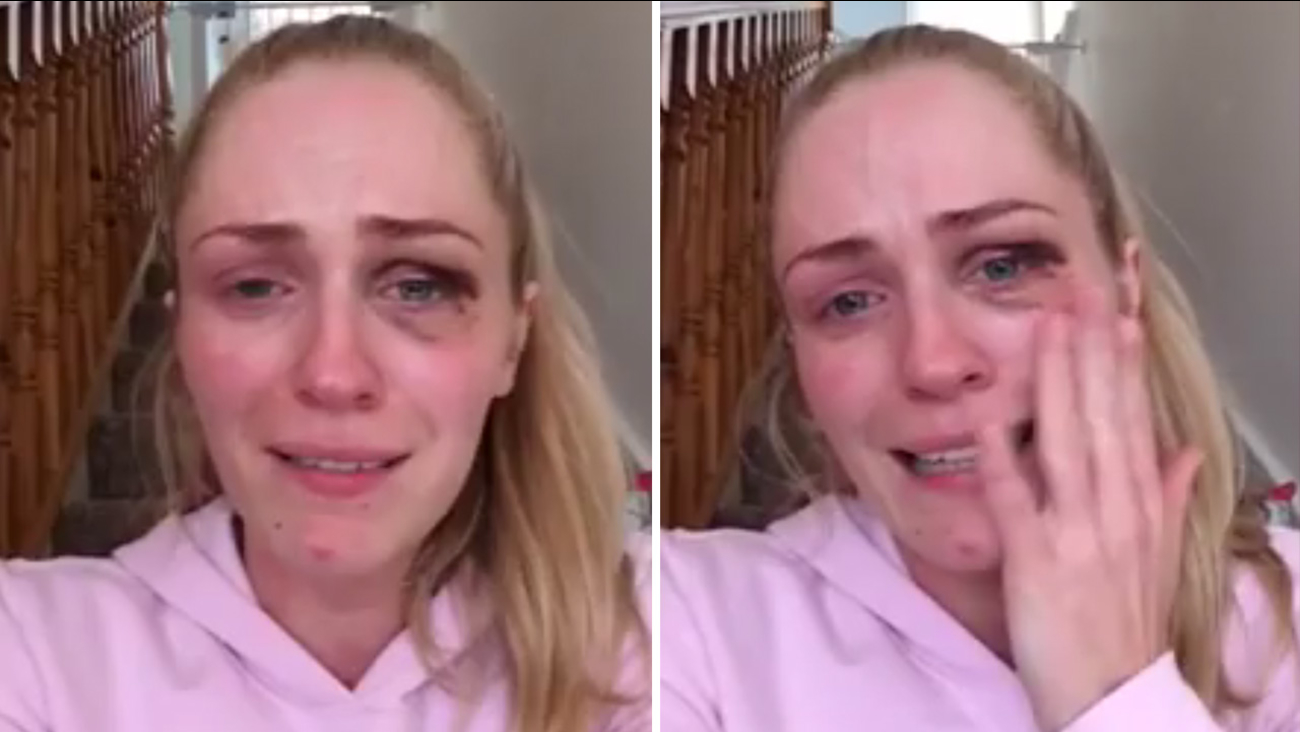 A mother hopes that her harrowing video describing a recent alleged attack by her partner will help raise awareness about domestic violence.

Emma Murphy from Dublin, Ireland regularly uses her Facebook page to discuss topics like fitness and nutrition. But on Monday, Murphy posted a video of herself with a black eye, trying to hold back tears as she discusses an alleged domestic violence dispute with her now former partner.

The mother of two describes how she found out last year that her partner, who she does not name, cheated on her while she was pregnant.

"My world was turned upside down as you can imagine," Murphy says. "I loved him so much that I tried to forgive him and give him another chance and took him back. And unfortunately, I found out that he did it again."

Murphy then goes into detail about her most recent confrontation with her partner about his infidelity.

"He denied it of course, and when I threw his phone he punched me in the face," Murphy says. The 26-year-old mother also described how her partner allegedly split her head open at an event last year, and prior to that how he punched her and gave her a black eye.

"For the last year-and-a-half, I've been told that I'm paranoid, I'm a psycho ... and you know what, after Friday's events, I finally realized that 'no, this is not acceptable.'"

Murphy also describes how difficult the situation will be for their children.

Murphy then pleads to women who have been victims of similar attacks to leave their situation.

"If anyone out there has gone through something similar to what I've gone through, you need to find the courage and get away ... go to your friends and family, people who love you and care about you," she says in the video.

"You have to walk away, because more often than not, if it happens once it will happen again."

Since being posted on Monday, Murphy's video has received over 4 million views and 70,000 shares, with many commenters showing their support for Murphy, and some even sharing their own encounters with domestic violence.

"It took my mother over 11 years to do what you did ... but it was a different era then, you didn't just leave your hubby for violence in them days - so my mother was really brave doing what she did at the time," wrote one Facebook commenter.

"No woman or child should ever have to endure what you've been through. I apologise [sic] on behalf of all the decent men out there for what an animal has put you through ... my respect to you for having the courage to post this video and for helping others," wrote another.

According to the National Domestic Violence Hotline, intimate partner violence, or IPV, alone affects more than 12 million people each year. The organization also notes that 15 percent of women and 4 percent of men have been injured as a result of IPV that included rape, physical violence and/or stalking by an intimate partner in their lifetime.

"If you or anyone you know has it is in a similar situation please share this video to inspire other women around the world," Murphy wrote on Facebook. "Violence is NOT the answer!!!!"