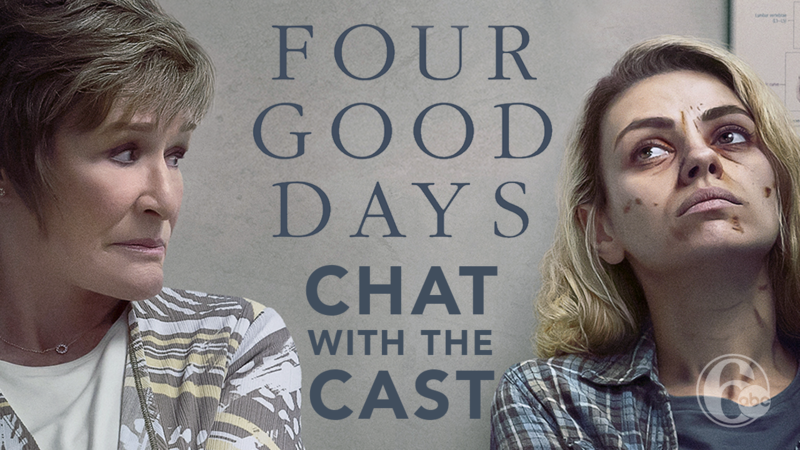 PHILADELPHIA (WPVI) -- "Four Good Days," now playing in theaters, is a movie based on a true story about addiction and a mother's attempt to save her daughter from her demons.

It's a true story and one that's sadly shared by a growing number of people, especially in this pandemic.

Glenn Close plays a mom who has given up on trusting her daughter while fiercely fighting to save her.

Mila Kunis plays a heroin addict who emerges from a detox clinic and has to stay clean for four days.

"You don't know someone's story until you listen to it, and the goal is to listen to somebody's story without judging," Close said. "Just think of all the people that we pass during the day. We don't know their stories, but a lot of them have stories tragic as the story in this film."

Kunis added, "I hope that people simply have an understanding or come in open-minded to viewing a pandemic in a different light."

Oscar-nominated songwriter Diane Warren wrote the title song called "Somehow You Do." It's a collaboration with Reba McEntire. She wanted it to be a song of hope.

"It was also during the pandemic, so real life was hard, and many people felt they were in a battle alone," Warren said. "This is about the strength of the human spirit. We can survive. And we do."
Report a correction or typo
Related topics:
arts & entertainmentphiladelphiaentertainmentmoviesmovie
Copyright © 2021 WPVI-TV. All Rights Reserved.
More Videos
From CNN Newsource affiliates
TOP STORIES