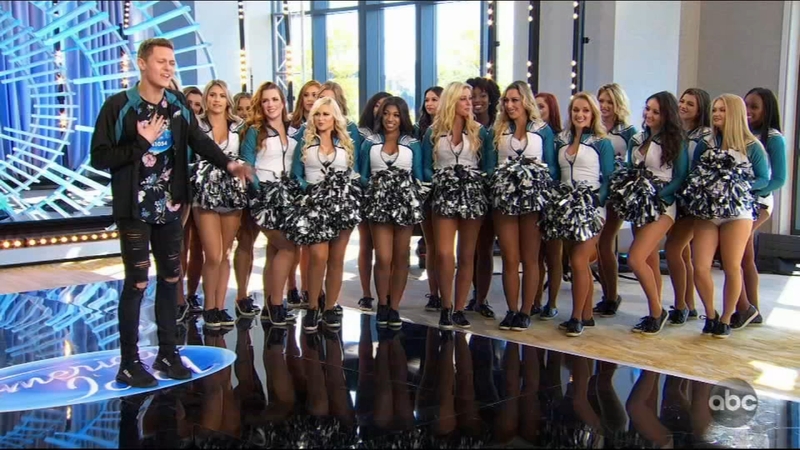 It's not hard to root for Kyle Tanguay. He's the first male cheerleader for the Eagles in more than three decades.

Tanguay was given a golden ticket to Hollywood on Sunday's episode.

He's also a self-taught singer and musician and his enthusiasm is off the charts.

The 21-year-old Idol hopeful brought the whole team along with him for his audition in Washington D.C. and it's quite the cheering committee he has there.

"I was lucky! It made me feel less nervous. They were with me my first game when I was so scared and now they are with me for this - it was awesome," he said. 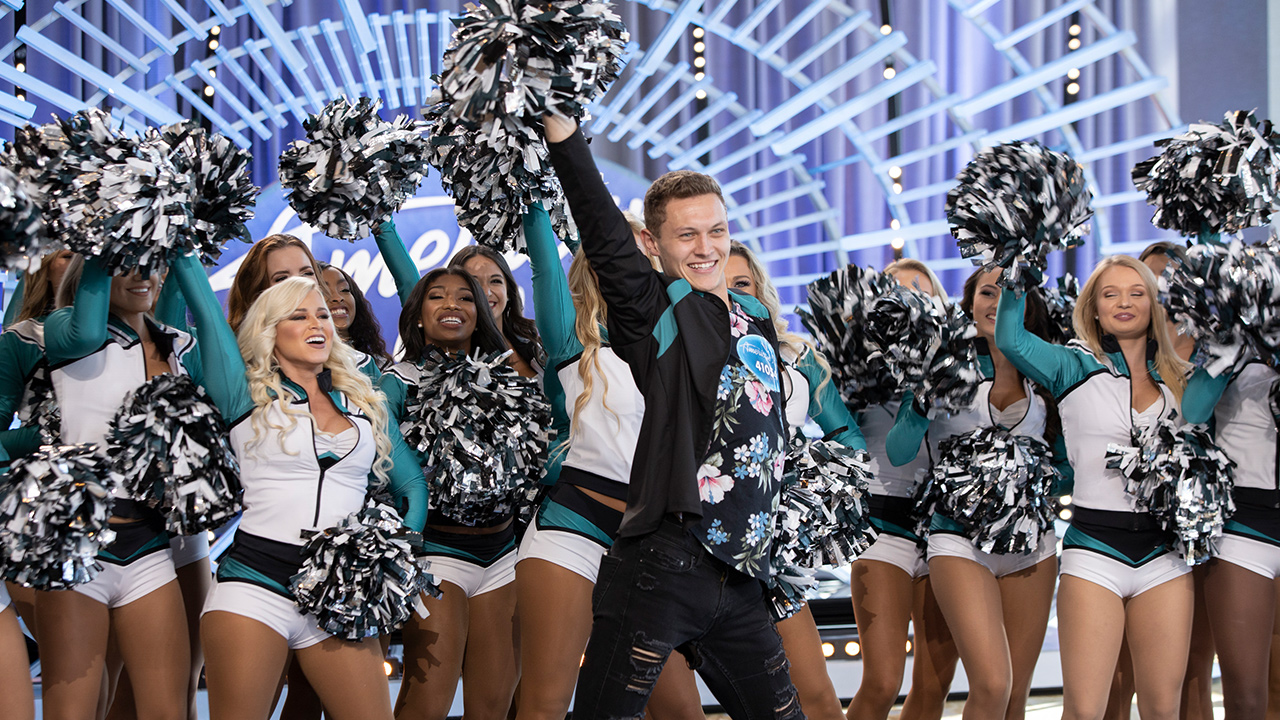 Kyle Tanguay and the Philadelphia Eagles cheerleaders on 'American Idol'

Kyle is a senior dance major at the University of the Arts and moved to Philly from New Hampshire.

Action News visited him at Lincoln Financial Field Friday morning. He says loves this city and you might call him one of our best cheerleaders - in every sense.

"I love this city. I love the fans - it's the most inclusive, diverse city there is," he said.

Kyle has had no professional singing training. He says he learned by watching videos on YouTube!

"I was so scared auditioning in DC. I had no singing experience and to be singing pop music solo in front of Katy Perry, Luke Bryan and Lionel Richie - I was so out of my comfort zone. It was my first solo ever," he said.

Last week, Narberth's Louis Knight advanced to Hollywood with an original song called "Change" that he wrote about a friend's death.

Knight is a 19-year-old graduate of Lower Merion High School who also auditioned for the judges in Washington D.C.