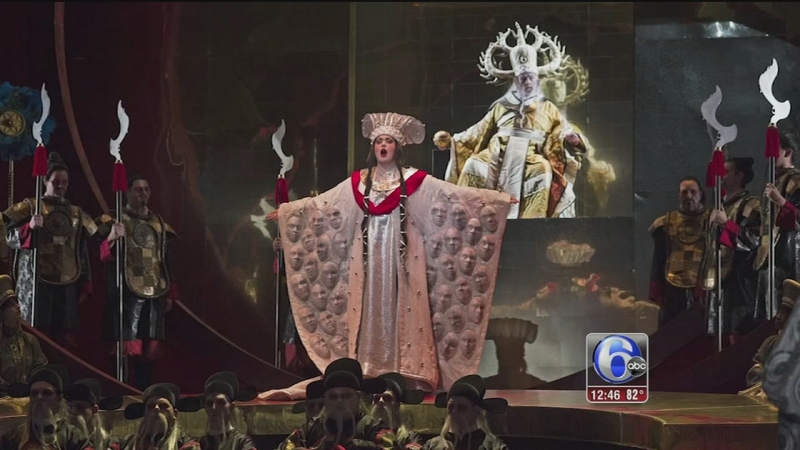 September 8th, 2016 (WPVI) -- Opera Philadelphia is opening its 42nd season with the city's first ever production of one of Puccini's most memorable works.

Puccini has been dubbed one of the greatest composers of Italian opera, and he worked on Turandot up until his death in 1924. The piece was later finished by a colleague and debuted in Italy in 1926.

"He has a gift as a composer and you almost don't have to pay attention to what's going on because the music affects your soul," says Christine Goerke who plays the lead role of Princess Turandot and adds, "I like playing this role very much."

The story is set in China and Princess Turandot requires that any man wishing to marry her solve three riddles. And if they fail, they are killed, "She's known as this ice princess and she's known as being really cruel," says Goerke, "In the end, it's a story about a woman who's terrified to trust someone and to love someone."

On October 1st at Independence Mall, The Opera is showing a free broadcast of the opening night performance.

"There are moments of sacrifice, moments of love, moments of power struggle," says Goerke, "it's visually stunning as well. So combining all of these elements makes for a really wonderful evening...if you leave less than exhausted, we didn't do our job."