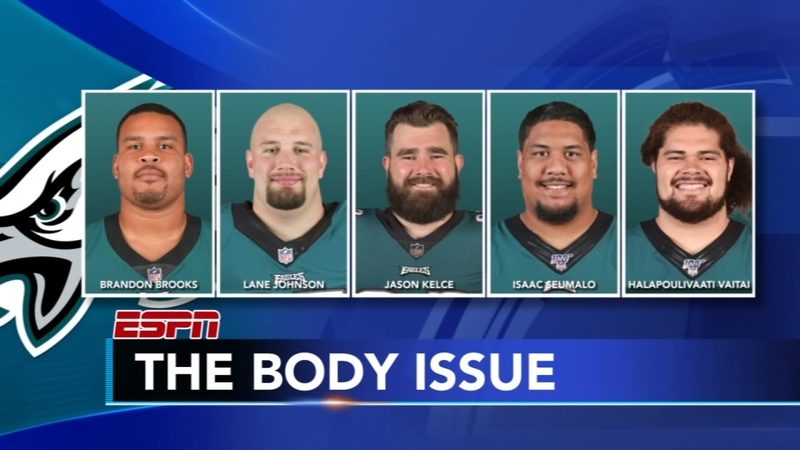 PHILADELPHIA (WPVI) -- You may recognize some of the featured athletes in the upcoming "Body Issue."

Five members of the Philadelphia Eagles offensive line are in the mix.

The Body Issue is a special edition of the magazine that features chosen athletes in nude or semi-nude photographs.

The magazine hits newsstands, next Friday, September 6 and it will be the final appearance of ESPN magazine in print after 21 years.

The magazine will continue online with the same types of stories.

The 2019 athlete roster is as follows: