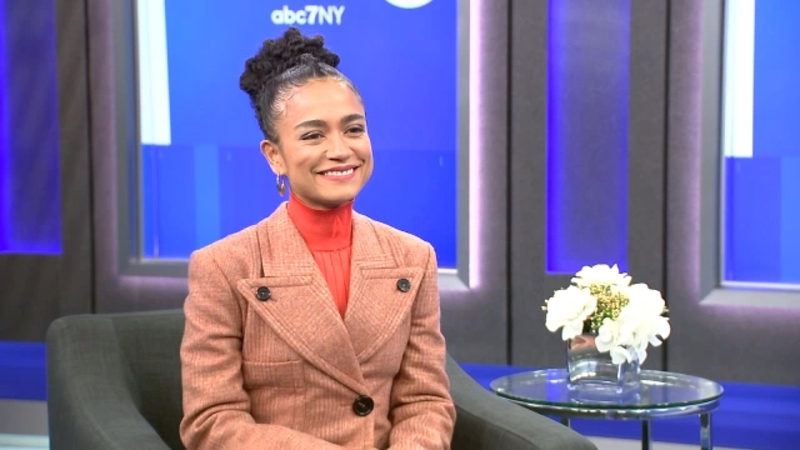 Fans of a series of Marvel comic books featuring The Eternals know that among them is a character who can move at the speed of sound named Makkari.

He was drawn as big white dude who is not hearing impaired. But in the new movie "Eternals," the same character is played by a woman of color who is deaf.

Lauren Ridloff is a native of Chicago, but she got a graduate degree in education at Hunter College in New York City and taught in a Manhattan public school for almost a decade before fame came, first as 'Connie' in "The Walking Dead."

Now, she is one of a group of Eternals trying to save humanity from the evil Deviants.

Her character Makkari is the first deaf superhero in the Marvel Cinematic Universe (MCU).

"This was my first big movie to be a part of," she said with the help of her interpreter, Ramon.

She said the opportunity came about quite by accident.

"I brought my son in for an audition, and he was auditioning for a role in a movie," she said. "It was there I met the casting director Sarah Finn, and she said to me, 'I'd like to see you in a Marvel movie.'"

Not too long ago, Ridloff was a public school teacher at PS 347 in Manhattan's Chelsea neighborhood.

"I taught kindergarten and first grade," she said. "Teachers are the real superheroes, truly. I mean, we both know that, and so much work and so much strength is required for the job."

Playing Makkari is just another way to teach, she said, albeit in a much bigger classroom.

Marvel's "Eternals" stars are proud to represent the film's diverse cast and crew of the latest MCU superhero family.

"I know it's so important for these children, especially the deaf children and also the hearing children of deaf adults, to see someone like Makkari in the MCU," she said.

RELATED | Who are the Eternals? Get to know the Marvel Cinematic Universe's newest heroes
EMBED More News Videos

Ridloff was born deaf to parents who could hear. Her father is Mexican-American, and her mother Black. This makes the diversity inherent in "Eternals" all the more compelling and relevant.

"This movie just hits a lot of different communities that have been marginalized and not seen," she said. "So I definitely feel people will be acknowledged."

Ridloff said she felt a huge responsibility playing the first deaf superhero in MCU, but she found joy in serving as a role model.