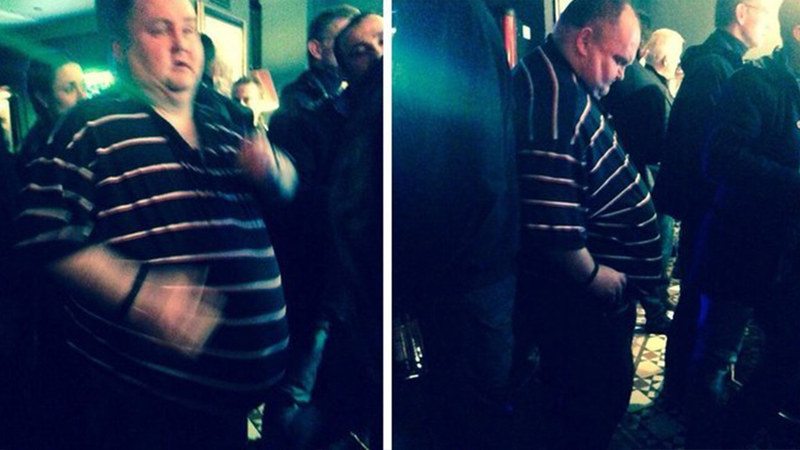 ECHO PARK, LOS ANGELES -- From a small room in Echo Park, Cassandra Fairbanks and Hope Leigh started what is now a worldwide phenomenon.

It all started with viral body-shaming pics posted online by a cyber-bully with the caption "spotted this specimen trying to dance the other week. He stopped when he saw us laughing."

"When I first saw it, it was just heartbreaking," Fairbanks said.

"When you see this picture. It just strikes a note as someone who wanted to have fun and somebody ruined that," Leigh said.

So they set out to help a stranger and invited friends over late Thursday night. Cassandra made a simple tweet to find the man and it exploded in popularity.

Anyone know this man or who posted this? There's a huge group of ladies in LA who would like to do something special pic.twitter.com/DGbu3AXOrB

The hashtag #dancingman became the top trending topic on Twitter. In hours, their search was over.

"We assumed he lived in America. To find him Europe made it a little bit more of a production," Leigh said.

His name is Sean and he lives in London. Originally, the plan was to fly Sean to Los Angeles and have him be the only man partying with the 1,700 members of the all women's group, GNI.

"There's a whole army of women behind us ready to dance with him," Leigh said.

Stars like Moby and Pharrell Williams and the Los Angeles Coliseum offered their services free of charge on Twitter.

Hey @CassandraRules keep me posted about your dance party! @Dancingmanfound, never be ashamed of yourself. You are both truly #OTHER🙏

i offer my dj services for free for #DancingMan #DancingManFound #FindDancingMan . no one should ever be ashamed about dancing.

Then, donations started rolling in.

"We are up to $27,000, but then also a lot of endorsements and sponsorship opportunities we have to sort through," Leigh said.

What seemed like an insignificant act at first spurred an international movement and changed a life.

"He messaged me an hour ago and he was like, 'I haven't stopped smiling in 24 hours.'" Fairbanks said. "I hope people realize how easy it is to do something good. I didn't even leave my couch and look at what happened."