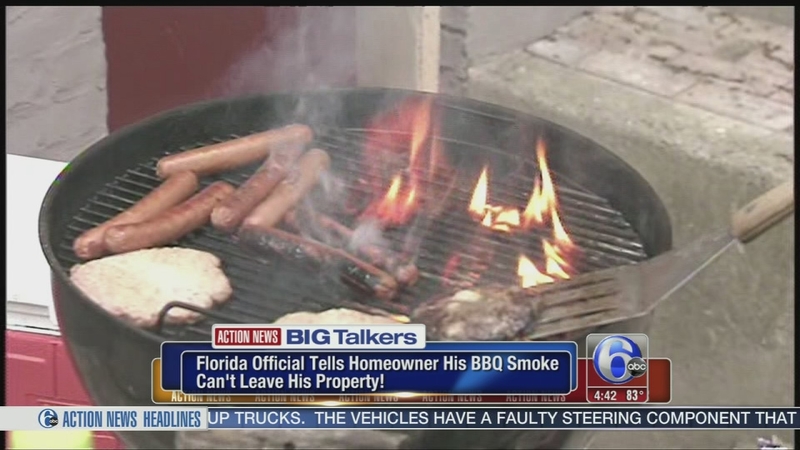 Is it possible to contain the smell from a smokey backyard BBQ?

In Florida, one man had a run-in with an official over the scent wafting from his grill.

The video of the exchange between the homeowner, his friend, and a Pinellas county environmental specialist after a neighbor once again called to complain about the barbeque odor is making the rounds on social media.

Allegedly, that same woman has also called police to report the so-called nuisance, only to have the officers side with the homeowner.

That's when the county stepped in.